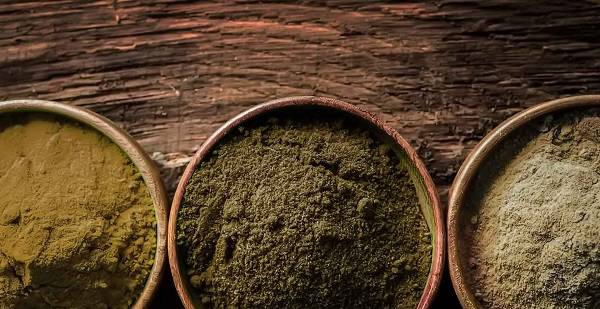 While Kratom is used extensively for its medicinal and therapeutic effects, its use as a recreational herb is very significant. The plant, with its generally low addiction potential, promising stimulating attributes, and minimum side-effects, is trusted by many as a sensible alternative to illegal drugs and medications.

Users, however, report, that not all Kratom strains deliver significant feelings of euphoria and calm, meaning that they cannot use all Kratom varieties recreationally.

This article will enlist the euphoric Kratom strains, thus making it easier for individuals to choose the right strain for achieving euphoria.

Euphoria is a feeling of intense excitement and happiness. It is a state in which a person experiences the feeling of pleasure, joy, and overall well-being.

Psychoactive drugs known as euphoriants can induce a state of euphoria. It includes stimulants, depressants, opioids, cannabinoids, or inhalants. One can produce euphoria through social activities such as exercising, dancing, running, listening to music, or laughing heartily.

The sensations of intense happiness are believed to be generated by the simultaneous activation of the pleasure centers within the reward system. You can also achieve euphoria by consuming potentially harmless herbs such as Kratom.

How Does Kratom Induce the Feelings of Euphoria?

It’s the two naturally occurring alkaloids in Kratom that are responsible for delivering the feelings of ‘High’ and euphoria associated with the plant. The alkaloids, mitragynine, and 7-hydroxymitragynine are believed to possess opiate-like properties.

These alkaloids interact with certain brain receptors in almost the same way as opioids do, eliciting reactions from the sympathetic nervous system that influences a person’s mood, emotions, body functions as well as happiness levels.

The alkaloids are known to bind with mu and kappa opioid receptors, helping induce signal transduction at the cellular level and thus causing the release of endorphins.

These are chemical substances in a person’s body, and are responsible for uplifting mood, elevating confidence, providing pain relief as well as producing feelings of euphoria very similar to that produced by substances.

What is the Proper Dosage Required to Produce Euphoria?

Like all the effects delivered by Kratom, the effects of euphoria are also dose-dependent. One can achieve a euphoria effect at lower dosages of about 1-3g.

At this dosage, the feelings of happiness arise to be of a stimulating kind, with a person feeling more joyful, energized, and uplifted. Increasing the dosage is thought to shift the effects of the plant on the sedating side.

Kratom provides the strongest euphoria at a moderate dose of 3-6g. The euphoric feelings, in this case, are, however, much more relaxing, calming, soothing, and sedating.

Dosages higher than 6g are considered to provide effects that are highly sedative rather than euphoric, due to which these dosages are not recommended for users looking for euphoria. Strains that produce strong euphoria can consume in a small dosage.

Each Kratom strain has its distinctive properties. It will be insane to expect each strain to deliver the same effects. Users should perform research into all the strains before choosing Kratom strains with the best euphoria.

Because we know how difficult and time-consuming a task that might be, we’ve already done the job, and are presenting to you the best Kratom strains for euphoria.

One of the most popular Kratom strains for euphoria, growing and harvesting in Borneo. The strain is famous for its fast and effective results.

White Borneo Kratom is famous as one of the most potent Kratom strains. It effectively helps in uplifting a person’s mood, providing energy, and making a person feel substantially happy.

Like all the White strains, White Borneo Kratom is also highly stimulating. Therefore, is ideal for people who need vigor, motivation, enthusiasm, and positivity in life.

The possible effects of this strain are to be highly robust, immediate, and long-lasting. Because of this, there have been reports of nausea and dizziness at higher doses.

That is why users should follow rigorous safety guidelines when consuming the plant. One can achieve the euphoria feeling by taking White Borneo Kratom at the dose of 3-6 grams.

When it comes to delivering a state of euphoria, there is hardly any other Kratom strain that can beat Maeng Da. The strain, which is derived using the ancient art of grafting, is superior to different strains because it has higher levels of active alkaloids.

Maeng Da Kratom is a favorite among many Kratom users, who claim that the plant provides intense euphoria, mood elevation, happiness, and feelings of gratitude.

This Kratom strain might deliver a fast and potent impact. That is why it considers that its effects do not last as long as other strains. Effects start appearing at a dose of 2-3 grams of Maeng Da Kratom. 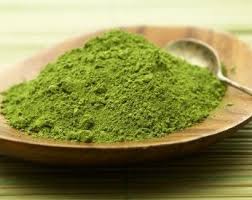 Green Malay Kratom is yet another Kratom strain famous for its euphoric high. The Strain boasts 40 active alkaloidal properties within its chemical makeup.

Thus creating a powerful and extensive combination for users who’re looking for a wide range of effects. The plant is also known to have high levels of 7-hydroxymitragynine, which is the critical alkaloid in inducing a state of euphoria.

It considers that this strain is the ideal solution for those who feel unnecessarily down, gloomy, and depressed. That is why this strain is famous for delivering mood-lifting, stimulating, and energizing properties. A dose of 2-6 grams of Green Malay Kratom can bring about euphoria.

Green Malay Kratom users state that they feel a sense of satisfaction, happiness, well-being, and calm after taking the plant.

A user on the social forum Reddit commented: “I’m new to Kratom but so far Green Malay has been making me feel by far the happiest!.”

Another user stated, “I love Green Malay for mood.” Perhaps the most significant factor contributing to the fame of this strain is its extremely long-lasting effects.

Users have commented that unlike other strains, the effects of Green Malay Kratom last for several hours, thus making it suitable for extended work hours.

Ultra-Enhanced Indo Kratom (UEI) is also a product that can cause powerful feelings of euphoria. This strain contains potent and enhanced alkaloids. This strain is relatively stronger than other strains. It needs only a small dosage to deliver euphoric and mood-stabilizing effects.

Beginners should not try this strain first as it may cause devastating effects that might become an inconvenience. Since it is a strong strain, you can feel euphoric feelings at a dose of 0.5 grams even. 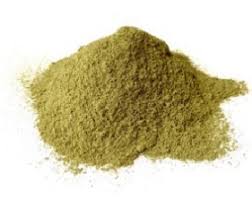 Bali Kratom is one of the most common Kratom strains that come from the jungles of Indonesia. This Kratom strain is famous for its recreational use. The strain provides high levels of stimulation, mood enhancement, confidence, and euphoria. Youngsters are widely using it in parties to get a significantly strong high.

Probably this strain delivers properties that resemble a lot to opiates. Thus making it a favorite amongst those who want to enjoy the feeling of happiness and wellbeing. Without having to worry about the legal problems and side-effects associated with opioids and other harmful drugs.

You can achieve euphoria at a dose of 3 grams of Bali Kratom and if you don’t achieve it, then increase the dose to a maximum of 5 grams.

Yellow and Golden Kratom strains are also solid contenders as primarily euphoric/energetic strains. The effects of these strains are very clean, which though they last for only a few hours, have received much customer praise and admiration.

Many users on Reddit, when asked about their favorite Kratom strain for Euphoria, stated that Yellow/Golden was the most efficient. One user commented, “Golds always seem to put the biggest smile on my face.”

Another said, “Best Kratom strain for euphoria is gold.” While sharing his experiences, another stated: “I find yellows best for mood.”

One can get euphoria by consuming as low as 1.5 grams of Golden Kratom.

How to Take Kratom?

One can take Kratom in various ways; it is something that depends on your preference and choices. Some people like to take kratom in the form of tea as it is more relaxing and energizing. Some want to take it with a shake or juice.

Others who like things neat and organized take it in the form of capsules. And then there are those people who vape Kratom. Whichever way you take it, the end effects are the same.

The only difference appears in the onset of action. When taking capsules, the beginning of action takes time, but while vaping, the onset of effects is immediate.

20 Things About Kratom You Need To Know