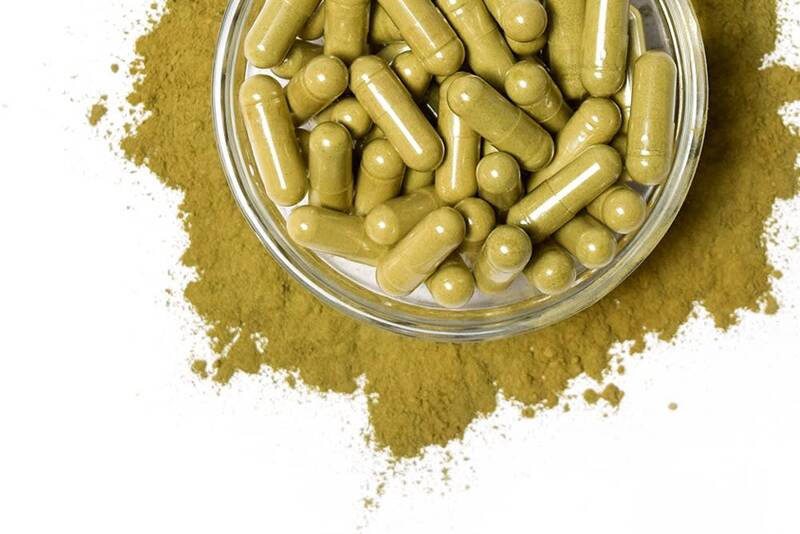 Isn’t it strange that two substances having almost the same effects turn out fatal when mixed or taken together? But it is true. Today, we will be discussing Mitragyna Speciosa and Tramadol.

Tramadol is an opioid commonly known as a narcotic medicine, and Kratom is an opiate-like agent. When taken together, they interact, and serious side effects occur.

Anyway, are they the same? If not, How different are Kratom and Tramadol? When are they used? What exactly are the side effects? Don’t you know yet? Let’s discover.

The therapeutic leaves come from a tree indigenous to countries like Myanmar, Papua New Guinea, Malaysia, Thailand, Indonesia, and some other Southasian countries is none other than Kratom. The plant is used widely as a medicine and for recreational purposes.

Its benefits are not proven by science, yet many people claim it to be an exceptionally beneficial plant. The presence of alkaloids, especially 7-Mitragynine and Mitragynine, is why it possesses these properties.

As stated earlier, it has been used for several reasons. One of the main reasons it is famous is its energy-boosting properties. Therefore, it was consumed by laborers. Moreover, it is also used to relieve pain, ward off depression and anxiety, uplift mood, and is also considered a substitute for opium. This information is only for knowledge, but neither of these benefits are scientifically proven, so one must not try it without consulting a doctor.

Tramadol can be bought through prescription, known as a synthetic opioid analgesic. It is known to have a low potential for dependency and abuse and can be used for medical purposes because it is not as harmful as other opioid medications. This makes it to be a part of Schedule IV drugs in the Controlled Substances Act.

It has both on-label and off-label uses. The Food and Drug Administration (FDA) has said it can be used to treat chronic pain, usually in adults. It is the sort of pain that requires long-term treatment. Furthermore, it is used as a last resort where other safe medications are not providing any relief.

On the flip side, its off-label uses include the second-line treatment of fibromyalgia and depression.

Side Effects Of Kratom

Although deaths from Kratom are not common, but we cannot call it a safe substance. There are multiple reported side effects of Kratom. Several factors need to be considered first before attempting to use Mitragyna Speciosa. These factors include age, weight, medical history, and so on. Therefore, it must not be used without discussing it with a doctor.

Side Effects Of Tramadol

The commonly occurring side effects are;

To avoid such complications; there are some contraindications for this medicine. You must not take it if you are pregnant, lactating, going through labor or delivery, have bronchial asthma, have renal or hepatic impairment, and there are others also.

Well, both Tramadol and Kratom activate opioid receptors and interact, but none of this makes them the same. Let’s find out what the basic differences are between these two.

Is It Safe To Mix Tramadol and Kratom?

Not at all. Both of these work the same way, and taking them simultaneously can be fatal. Firstly, they compete for liver metabolism. Secondly, they activate opioid receptors.

As they compete for liver metabolism, eliminating them both can become slow, and side effects will appear. When taken together, it causes a pretty high chance of overdosing.

Gladly, now you know how different are Kratom and Tramadol. If we pay attention, they also have some similarities, but neither can be taken without getting doctor’s advice. Furthermore, keep all the medicines out of the reach of children. It is a wise idea to stop taking all opioid medications when you are consuming Tramadol. It is usually taken orally, and the same goes for Ketum.

Can You Buy, Sell, And Possess Kratom in Florida?

Smoking Kratom: Is It Advisable For A Healthy Lifestyle?

Can I Take CBD While Drinking?