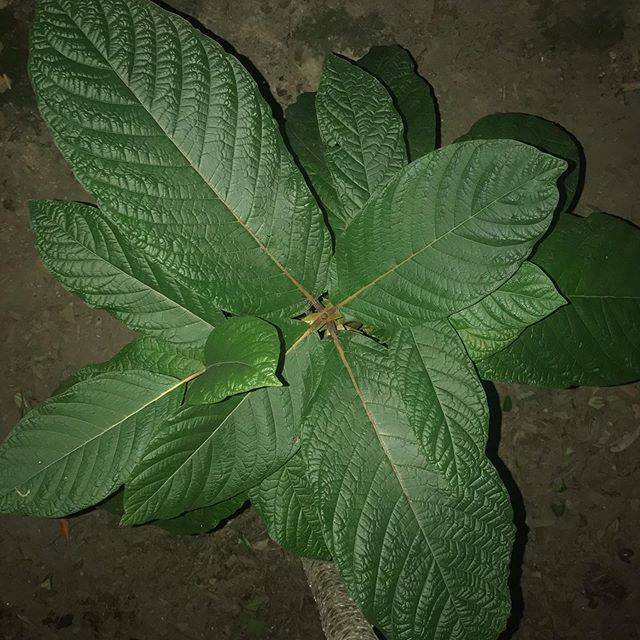 Mitragyna Speciosais quite famous, and many kratom fans around the world rely on it for both starting off their day and relieving all their stress at the day end.

People who live in places where kratum is banned or not accessible seek out for other alternatives. There are many variants of kratom that can provide you with similar effects and benefits.

Mitragyna Javanica or Kra Thum Na is closest to kratom in terms of both effects and benefits, thus a suitable and the best possible alternative. However, this has put many kratom fans in a dilemma to choose the best, and that is why we will discuss the key differences and similarities between M. Javanica and kratom.

Kra Thum Na is native to Southeast Asia, so is the kratum tree. The trees of both of these herbs have broad leaves with a tall, tough, and sturdy stem. Though all that seems similar to the naked eye is not actually the same.

If you are confused between the two amazing herbs and don’t know what to choose, you are at the right place as we will discuss the key differences and similarities between the two herbs, which will allow you to conclude the winner of the battle: Kratom vs. Mitragyna Javanica.

Lets us begin with a few differences:

Kratom is legal in most of the world. However, it is banned a couple of countries, including Thailand, Indonesia, Malaysia, Singapore, Myanmar, South Korea, UAE, Japan, Bulgaria, Croatia, Finland, Russia, Poland, Romania, Switzerland, and Sweden.

A few other countries have an ambiguous stance on the legality of kratom. As far as the US is concerned, it is legal in most states. The illegality has made our kratom fans sad and unhappy as they just want to feel remarkable kratom effects and enjoy its incredible medicinal benefits.

A lot of people residing in the states where kratom is banned, ask, seek, and google for the perfect alternative to kratom.

Are you one of them?

Well, no need to get disappointed as we have a solution to your problem!

Mitragyna Javanica is the closest, the most suitable, and virtually the best alternative to ketum. Moreover, it is legal in almost all of the world.  No matter where you are, you can find Kra Tum Na easily, so you would not miss your kratom anymore.

The effects, strength, and potency of Mitragyna Javanica are not as strong as kratom, and this is where the key difference between the two herbs steps in.

Mitragynine is the most active and key alkaloid found in kratom. This alkaloid is believed to play an integral role in imparting the numerous medicinal and recreational benefits of M.Speciosa. However, mitragynine is notably absent in M. Javanica. Instead, it has mitrajavine, which contains various other alkaloids.

Although the alkaloids present in Kra Thum Na possess relaxing and soothing properties, the effects are not as strong as the one produced by the alkaloids in kratom. Little research is done upon Mitragyna Javanica; therefore, its chemical composition is still not known completely.

Whether or not, M. Javanica contains an equivalent number of alkaloids when compared with M. Speciosa is still unclear.

Nevertheless, one thing we are sure of is that it as the best alternative to kratom.

Are you wondering whether Kra Thum Na is a substitute for kratom to get all these effects and benefits?

Well, the next few points will clear that for you!

Is Mitragyna Javanica as Good as Kratom?

M.Speciosa and M. Javanica belong to the same family. However, the two herbs have different effects and benefits. M. Javanica is a milder version of kratom. It is not as potent and strong as kratom.

Mitragyna Javanica produces the same calming, soothing, and relaxing effects, but the effects are not as robust as kratom.

Kra Thum Na is perfect for those seeking to relieve their daily stress. Similarly, it has properties that help in alleviating pain and fatigue. However, users have reported that the effects produced by Mitragyna Javanica are less striking and dramatic.

That is why the same dose of Javanica is unable to produce the effects produced by an equivalent dose of kratom. In fact, in high doses, kratom can induce euphoria, while the euphoria induced by Mitragyna Javanica is far less noticeable. In short, kratom is much more potent, robust, and stronger than Kra Thum Na.

This brings us to our next point

Does Kra Thum Na Work Well to Treat and Tackle Common Medical Problems as Kratom Does?

The miraculous ability of kratom to calm, relax, and spread peace is what kratom fans love the most. Kratom is used for both recreational and therapeutic benefits.

Mitragyna Javanica also possesses some amazing medicinal benefits. Nonetheless, it is not as effective as kratom in treating various common medical illnesses. Due to a lack of research, it is hard to give exact details regarding the medicinal use of M. Javanica.

Mitragyna Speciosa is used to treat a lot of common medicinal problems like diarrhea, high blood pressure, depression, anxiety, insomnia, etc. Users have reported that they were successful in obtaining almost the same medicinal benefits from Mitragyna Javanica too.

However, they all regarded M. Javanica as a comparatively lesser effective herb than kratom when it comes to treating medical issues. Similarly, kratom can help manage high blood pressure while Kra Thum Na cannot.

The bitter taste and muddy taste of ketum annoy a lot of its users. To go around this problem and also to keep enjoying hundreds of kratom benefits, people tend to mix kratum with beverages or brew kratom tea.

Some others got more creative and made honey balls and peanut butter balls with kratom. Contrary to M. Speciosa, the taste of M. Javanica is far less bitter and subtle. A few people online regarded it as tasteless.

No matter what, the taste of Mitragyna Javanica is for those who don’t like the bitter taste of ketum; instead, they want the same effects with a more palatable herb!

Now let us look at a few similarities

Both Kratom and M. Javanica come from the evergreen tree of the coffee family. They grow in the hot tropical regions of Southeast Asian countries like China, Malaysia, Thailand, Borneo, and Indonesia. The trees of both these herbs are tall and sturdy and look quite similar.

Best Alternate to Kratom – Comparable to the Effects of Kratom

Mitragyna Javanica is the closest alternative one can find to kratom. It produces the same relaxing effects as obtained through kratom. That is why many people use Kra Thum Na to get over a stressful day. Others use to wrestle their general everyday tension, anxiety, and depression.

Similarly, M. Javanica has been quite famous for its medicinal benefits too. In fact, it was used traditionally to treat diarrhea, cold, headache, malaria, fatigue, and chronic pain. The medicinal benefits of the two herbs are quite similar. However, kratom is more effective in treating some medical problems.

Now that you have gone through the article, you know a lot about both these amazing herbs. To summarize, let us quickly look at a few reasons why M. Javanica is a good option.

Why should you buy the Mitragyna Javanica?

That is why if you are someone who cannot find ketum legally, rely on M.Javanica which serves most of the purpose of kratom and will successfully pacify your urge for kratom.

To Wrap It Up!

No doubt, Mitragyna Javanica is the best alternative to kratom. Consider it as a lighter, softer, and milder version of kratom. A less potent and strong alternative of kratom becomes an attractive option for people who are trying it for the first time.

They can start from Kra Thum Na, and then after getting used to, it can try kratom for stronger effects. After getting all the details and key differences between the two herbs, we are sure you have concluded which herb to select.

Remember, the choice is subjective, depending upon different factors. So, hurry up and enjoy the herb you like to refreshen your mind and get amazing benefits.

Can You Adjust The Levels Of Nicotine In E Juice?

Green Hulu Kapuas Kratom Review: What Makes This One So Special