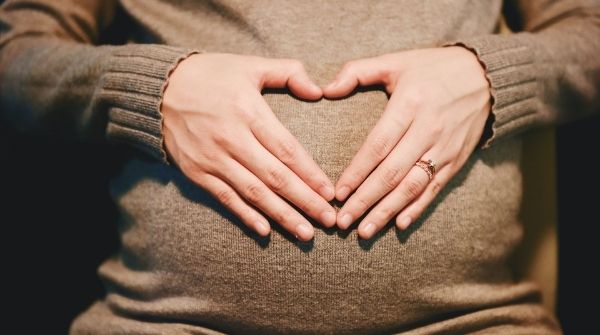 Pregnancy is a life-changing process. The mother that nurtures new life goes through drastic changes in her body. Care is necessary because the baby growing inside wholly relies on the mother’s body for nutrition. Therefore, pregnant women are advised to be extra careful with what they add to their diet.

During pregnancy, everything the mother ingests is absorbed by the baby, too, so is an organic herb like Kratom considered safe for consumption during pregnancy?

Most healthcare Physicians will disagree. While some believe a controlled dosage might not harm the fetus. Given the abundant amount of grey space in research work regarding the safety of Kratom. You might come across a variety of articles online differing from what professional healthcare experts have to say.

So, what do Professional Health Care experts have to say?

Kratom is a herbal supplement composed of as many as 40 different alkaloids that degrade in the body. These alkaloids go and attach to specific receptors in the brain. If Kratom consumption increases over time, the number of receptors also increases, making the body dependent. If the mother is a chronic user,. It would undoubtedly be difficult for her to immediately stop using because the body is then reliant on the herb’s response.

Is taking Kratom safe during pregnancy?

Some women use Kratom for its analgesic properties during pregnancy. While users report satisfactory results.  Healthcare experts believe that it’s the safest analgesic option given the wide variety of safe FDA-approved painkillers available.

Too much of anything is dangerous, and indeed, too much of Kratom is deadly. According to research published in the Journal of Neonatal-Perinatal Medicine in May 2018. Kratom is considered toxic for the fetus growing inside the baby and can lead to the baby’s withdrawal effects. Hence the study concluded that the active indole alkaloid ingredients in Kratom. Mitragynine, and 7 hydroxy mitragynine activate specific brain areas that can lead to dependency. This reliance is not only restricted to the mother but also passed on to the newly born. This is one of the main reasons. Doctors believe Kratom consumption should be reevaluated in pregnancy.

How does Kratom affect pregnancy?

Some of the significant reasons, Doctor’s advice not to use Kratom when conceiving:

Most Kratom users have reported a drastic decrease in body weight. Which is considered unhealthy with a complicated condition like pregnancy. To deliver a healthy baby, she must maintain a good diet and have a strong body and strong bones.

Mothers commonly use Kratom when pregnant for its mild Analgesic and Sedative properties for chronic pains. Though this herbal plant has a good efficiency in the body but expecting mothers need to decide. Whether they would take the risk that comes with the side effects caused by Kratom consumption or find alternatives?

Most of us are familiar with what morning sickness does to a pregnant woman. Nausea and vomiting are two conditions commonly experienced by most expecting mothers, especially in the first trimester. Now, Kratom when pregnant is a complex herb that can sometimes induce severe vomiting to woman. A pregnant woman suffering from uncontrolled vomiting leading to dehydration is a red flag. It will drain the mother, but it can also affect the growth and development of the growing fetus.

The Hepatotoxic nature of Kratom has been established through research. Most health care experts advise that individuals with an already preexisting liver condition should either avoid consuming this herb or strictly restrict themselves to very low dosage.

Changes in Bowel and Bladder

Anyone who has been using this herb for whatever reason maybe would be familiar with its dehydrating nature. Experienced users understand the severity of the situation and increase their water intake to 3 liters a day. But even with a high water intake, conditions like constipation persist.

Although constipation is common in most people, it is undoubtedly a condition pregnant women are advised to avoid.

One of the main reasons why expecting mothers are asked to be careful about the sort of vitamins or supplements they ingest is that it directly affects the fetus. It has been established through research that mothers who regularly took Kratom during their pregnancy gave birth to babies suffering from Kratom withdrawal symptoms. These symptoms are medically termed Neonatal Abstinence Syndrome.

So, it means that for 9 months, not only is the mother absorbing Kratom, but the baby too is getting immune. Once the baby is born and out of the mother’s womb, it no longer takes nutrition from the mother and relies on oral feed. Now, this is where withdrawal manifests itself. Following are a few common withdrawal symptoms in babies.

Infants usually do not sweat; however, if the mother has been taking unprescribed herbal supplements or any medication not approved by the Physician, it can lead to postpartum symptoms in the baby, like excessive sweating.

Most Pediatrics believe that sweating is harmful to the newly born, especially if it leads to dehydration.

Other Kratom withdrawal symptoms include restlessness, making it hard for the mother to latch the baby on. Babies are generally agitated and make it difficult for the caretaker to feed them. This is dangerous in newborn babies who cannot be left unfed for more than a couple of hours.

Restless babies tend to cry more than usual and have no proper sleeping schedule, making it even more tiring for the new mother to manage the situation.

One of the most noticeable side effects is trembling in the newborn baby. This is considered harmful in the infant and can even lead to brain damage in severe cases.

When a mother has been a habitual Kratom user, her brain has adapted to the presence of alkaloids in the body. When any supplement is taken for extended periods, the body upregulates and creates new receptor sites where the alkaloid agents bind and produce the desired result. In case of unavailability of Kratom in the body, these newly created receptors start making a problem, hence the side effects.

Is taking Kratom safe while breastfeeding?

Although the FDA hasn’t declared any guidelines regarding Kratom safety during breastfeeding but healthcare experts believe it is harmful for the baby and makes the withdrawal symptoms stay longer and manifest themselves more severely.

Can Kratom cause congenital disabilities?

Kratom though now widely popular among the millennials, can be easily bought all over the USA. However, it is still not considered a safe herbal supplement by the FDA. Although Kratom has been used for centuries in South East Asia for multiple purposes like an analgesic or mild sedative, it is still new in the west. The lack of research has left a lot of room for unscientific information to be published as facts.

While your vendor and hundreds of reviews on the internet might convince you that it is safe to consume Kratom in pregnancy, qualified healthcare experts disagree.

Although research is still being carried out on to what extent Kratom can affect the fetus’s growth and development, it is still not safe to consume Kratom in pregnancy. Some of the baby’s significant withdrawal symptoms like sweating and restlessness can harm the baby. A restless baby refuses to get fed, and once a baby isn’t getting proper nutrition, the body’s immunity, general health, and growth get severely affected.

If you are an expecting mother or planning to conceive, it is advised that you discontinue Kratom. No matter what form you’re taking your Kratom in, it is still considered unsafe even in controlled quantities. According to a study, pregnant women who consumed this plant gave birth to children suffering from the kratom-associated neonatal abstinence syndrome (KANAS). Babies born with this syndrome have difficulty sucking, feeding, passing feces, and facial disorientation.

Kratom when Pregnant can lead to withdrawal symptoms which might affect the wellbeing and development of the baby. However, research has not been proven whether Kratom leads to any growth defects in the baby or makes pregnancy difficult for women.

How To Buy Kratom Seeds And Plants?

The Best Weed Lube for Sexual Experience: How To Use &...