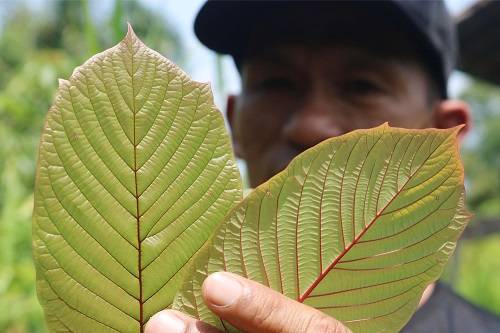 Trying to figure out how Kratom works? Whether it will work or not? For how long will I feel the effects? Well, you aren’t alone!

A lot of people who contemplate or begin using Kratom, often ask questions about the results, types of strain and the half-time of every kind of Kratom on individuals.

The reason every individual turns to public opinion is that there is very little research available.

The FDA does not recognize Kratom as a medical supplement, although it was part of Asian traditional medicine for centuries.

However, due to the lack of regulation and research on Kratom supplements in the United States, potential users don’t have much choice but to rely on the experiences of current users.

Unlike several organic supplements, Kratom acts after the first dose. It is a fast-acting substance because of the way it works.

How Does Kratom Work?

Kratom has alkaloids which react with the receptors in the brain that brings about a chemical change, which improves organ function.

These alkaloids can remain in the body for up to a day, although pain relief or stimulation may last for up to nine hours after consumption. But then, how long does Kratom take to affect the body?

After use, Kratom has to enter the bloodstream and then the on-set begins.

On-set is feeling the effects of Kratom, and the various strains can have different on-sets according to the alkaloid content.

What Is Kratom On-Set?

Kratom on-set is the time your Kratom supplement requires to show effects on the body.

If a consumer takes Red Bali Kratom powder for pain relief, it may take only fifteen minutes for the pain to diminish.

This period is the on-set for Red Bali Kratom. There are several types of Kratom strains, based on the color of the leaf vein and the area of origin.

The difference created by vein color and origin includes the alkaloid content of all the different variations.

Apart from the Kratom content, several factors determine the on-set for each type of Kratom.

Users take Kratom in various forms, which include Capsules, powder, tea or even vapes and tinctures.

Ingesting Kratom in the form of powder or capsules means that the alkaloids will enter the bloodstream through the digestive system.

This method of consumption adds to the on-set time as digestion and entry of alkaloids in the blood will be gradual.

An active person will feel the Kratom on-set sooner than lazy users. The metabolic rate for busy people is also faster, so the Kratom alkaloids enter bloodstream sooner than for sedentary individuals.

Sometimes, users start getting anxious about the effects of Kratom. Usually, new users begin to get impatient if they do not feel the impact of Kratom after consumption.

If you get restless and anxious about the results of Kratom, you will not be able to handle the effects as they should be!

Users sit back and relax and let kratom act the way that they want. It eventually helps them enjoy the benefits of this substance.

Kratom alkaloids react more effectively in the brain if the Kratom strain is fresh and processed in the most meticulous and detailed manner.

Some online shops and smoke shops sell substandard and contaminated Kratom. The quality and freshness of Kratom will ensure that the effects come about sooner and are durable.

For example, pain relief will be more and will occur sooner and for longer.

Similarly, the stimulation from new Kratom strains will be more energetic and quick. The half-life of Kratom or the hours of impact after consumption will also be more!

How To Improve On-Set For Kratom

The Role Of Tolerance

Tolerance of Kratom means the effects of Kratom in users and how a regular user can become tolerant of the substance.

Tolerance means that you will need to increase the dosage to see the same effects as when you started using Kratom.

Your body becomes less sensitive to the organic substance, and therefore, you need a bigger dosage to reach the same effects as you felt like a new user!

Kratom strains have different effects and impact due to the maturity of the tree and the process of filtering and drying.

If the procedure of preserving alkaloids is not followed correctly, the effect, as well as the Kratom on-set, will be compromised.

You can even switch Kratom strains every day!

Some users like to buy trial packs and rotate usage. One day it can be a red vein variation, the next day can be green vein etc.

Kratom on-set varies individually, while the type of strain also determines it and how much of the substance is used.

Kratom Country Review: A Brand with All the Goods