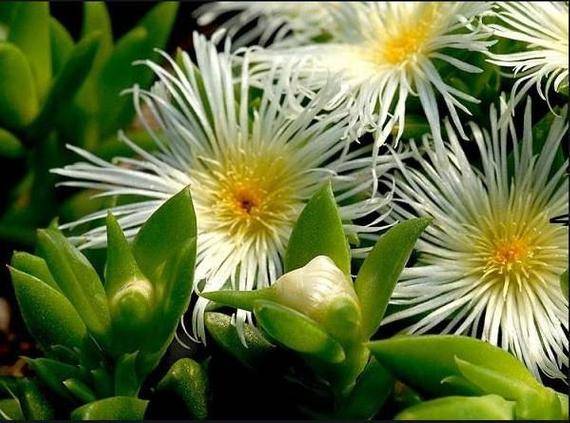 Are you searching around for Kanna and Kratom, how they are similar, and how they are different from each other? Welcome to this article! You will get an insight into all the facts and figures over here.

Kanna vs. Kratom is a much-discussed and debated area among the agricultural community over the internet. Kanna and kratom both are unique and different medicinal herbs individually. At first glance, you will find them very similar to each other, but there are certain dissimilarities.

Let’s get straight into it and explore what this article says about these two unique herbs!

First, we will discuss the similarities they share, and we will later head towards the differences.

Similarities among Kanna and Kratom

Kanna and Kratom have similar uses with concerning wellness purposes

The consumers of kanna and kratom mostly take them for good well-being. Their preparations are somewhat identical. Both kanna and kratom are used in the form of tea and share the same types of supplements and tinctures.

Kanna herb is most often smoked and snuffed. On the other hand, consumers do not usually smoke kratom, except for the notorious Malaysian cow dung cigar.

Kanna and Kratom are chewable plants

Kanna is native to South Africa. Pastoralist Khoikhoi folks regularly chewed kanna plant to put off thirst and hunger, thereby endorsing the well-being. The Dutch colonist also spoke of the kanna herb as kougoed, which means good to chew.

Similarly, kratom herb is also consumed by chewing on the leaves. It helps the consumer with relaxation and happiness and puts off hunger and thirst. Traditionally, Indonesian laborers eat kratom for a boost of energy when they get tired of the work.

In the 1600s, a Dutch voyager and merchant, Van Riebeeck, wrote the world’s first report on the medicinal herb kanna. Later in 1685, Simon Van Der Stel mentioned kanna in his journal. He said that the locals found it at the hill and collected it. Then it became a tradition to chew this herb throughout the year for wellness.

When we talk about the history of kratom, we will see that the Dutch also found it. In the 1830s, Pierter Willem Korthals was a botanist, and he had to complete the survey under the East India Company of the Dutch. While he was on his visit, he found some locals chewing the kratom leaves. Because of this discovery, the botanical name of the kratom has his surname at the end- Korth.

Kanna and Kratom help With Stress, Anxiety, and Depression

Hence these two herbs, kanna, and kratom, serve as a natural alternative to treat above mentioned psychological conditions. People are making use of them quite regularly to attain better mental health.

Kanna and Kratom are Mood Enhancers

Who won’t like to take a mood enhancer if been through bad state lately? People often use kanna to uplift their mood.

Kratom, on the other hand, does not stay back in this case as well. Kratom is also a natural product for enhancing mood. It is used widely by different cultures for mood regulation. Hence, kanna and kratom both are mood regulators.

Kanna and Kratom as a Relaxant and Energy Boosters

Several pieces of evidence suggest that kanna helps with re-filling your energy levels and take you to a world of relaxation (Botanica). Kratom is also similar in this regard to kanna; it is also well-known for its relaxing and energy-boosting properties.

That was all about the similarities among these two medicinal herbs. Now let’s see what common differences they have are:

Differences Between Kanna and Kratom

Kanna is a plant; Kratom is a tree

When we talk about the original state of kanna, we will see that kanna is a flowering plant and belongs to the plant’s Aizoaceae family. Its scientific name is Sceletium Tortuosum and nurtures massively in South Africa.

On the other hand, kratom is a tall tree with the scientific name Mitragyna Speciosa. It grows vastly in South East Asia, tropical forests and woodlands of Indonesia, Malaysia, and Thailand. It belongs to the Rubiaceae family of the plants.

Kratom has various types and strains; Kanna is a single product

It is essential to mention here that kanna is a unique product itself. It does not consist of any types or strains. Though you can potentiate it with other products or change its format, it remains a single product- Kanna.

On the other hand, kratom has three major types (White kratom, Green kratom, and Red kratom) and many different strains (Thai kratom, Maeng Da kratom, Indo Pak kratom). According to the observations, each strain of kratom depicts different types of effects.

Different types of alkaloid profiles among Kanna and Kratom

There is no doubt that both kanna and kratom are plants, but they exhibit different alkaloid profiles. Kanna consist of the following alkaloids:

All the alkaloids, as mentioned above, act like SSRI (Selective Serotonin Reuptake Inhibitors). The neurotransmitter Serotonin is responsible for regulating mood and anxiety. Those who have lower levels of Serotonin in their bodies tend to suffer from depression. Therefore, Health care providers recommend SSRI to get rid of the symptoms associated with depression.

Let me make one thing clear over here, Neither Kanna nor SSRIs enhance the serotonin levels, but they let it function for a more extended period. Therefore one stays in a happy state for a longer time.

Now let’s have a look at the alkaloid profile of the kratom. There are round about twenty alkaloids located in the leaf of kratom. However, these two alkaloids are in higher potency in kratom:

The alkaloids of the kratom influence our nervous system and brain’s opioid receptors. Due to this reaction, kratom produces opioid-like effects, and that’s why there is a lot of controversy regarding it, but it is not an opioid itself. There exist a difference, and I am sure you got it!

The differences among health effects in kanna and kratom

Now let’s have a look at the effects of kratom on our body:

Differences among side effects in Kanna and Kratom

Let’s see what the side effects associated with kratom are:

The difference among addiction level in Kanna and Kratom

Kanna is not at all addictive. People who wanted to quit kanna consumption did not feel tolerance or withdrawal symptoms. In the case of kratom, it is highly addictive and reflects pronounced symptoms associated with tolerance and withdrawal.

Kratom has legality issues, Kanna doesn’t have any!

That’s pretty right that there are some countries where kratom is not legal. These include Denmark, Israel, South Korea, Romania, Malaysia, Poland, Myanmar, Australia, Finland, Lithuania, United Kingdom, Sweden, and Thailand.

American Kratom Organization is bringing about many awareness programs to highlight kratom as a safe medicinal herb for many psychological conditions. Sooner or later, these countries will eradicate the ban against kratom, and people will have the freedom to use whatever way they like.

On the other hand, kanna is a legal substance, and there are no issues associated with kanna. Anyway, you have to follow the FDA’s standards for product manufacturing and distribution.

Though kanna and kratom are similar in many aspects, there exist some differences among them as well. Both medicinal herbs are extra-ordinary and are irreplaceable. Do not forget to start with micro-dosing to find out about the pros and cons of kanna and kratom.

Once you get to know what dose is suitable for you, you will be able to eliminate the side-effects associated with high doses.

I hope this editorial helped you understand the similarities and differences among Kanna and Kratom and answered all the queries and confusions you had regarding them.