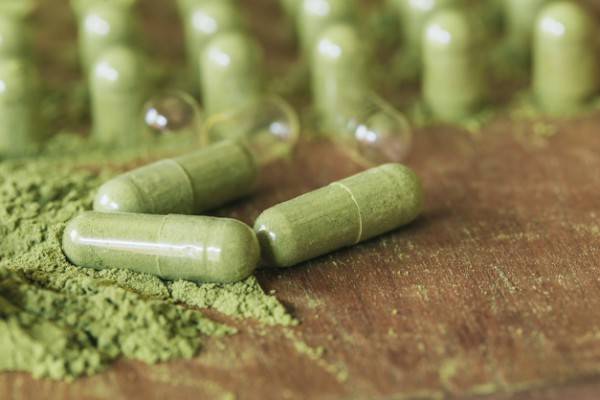 Kratom has been a commonly known drug all over the world. Herbal items and those with Kratom are sold in the United States of America since time; however, the kratom leaves have been used in many parts of the world for ages. The Kratom is now widely available in most parts of the world since it is not banned by the governments. It allows the people to switch to mild dosages that provide the same effects that are opioids.

Even though the federal governments have not banned Kratom, there are many countries all over the world, and even a few states in the USA are now moving towards banning and limiting the use of Kratom. There are various reasons for it, especially because it may have some adverse cardiovascular and neurological impacts on the consumers, often leading to fatalities.

While Kratom has advantages, may people may as well abuse it, leaving them mentally and physically dependent on Kratom. The risk is not very widespread; still, the American institutions are taking steps to target kratom use on a wider scale.

It has now become important to create awareness about Kratom, its uses, its side effects, how it can be severely harmful and kratom withdrawal.

Read below to learn more about Kratom that you might have never known, ensure that you apply this information in your life, so you never have to suffer at your own hands because of incorrect consumption of Kratom.

Many people are unaware of Kratom; they believe it is just like other drugs. Kratom is a product of the Mitragyna speciose plant, and you can easily find it in the market under the name of a dietary supplement.

Mostly you will be able to find it in a powder or tablet form. While Kratom is not regulated by the DEA, the United States Food and Drugs Administration (FDA) now closely keep an eye on its import. Often it is heard that the FDA has denied or not let the shipments enter the country because of the negative impacts it might have on humans.

Kratom is basically a stimulant that causes effects such as euphoria, relaxation, calmness and often provides energy, and these are the effects when someone consumes it in lower quantities; however, the case is different for higher quantities of Kratom.

When someone consumes Kratom frequently, it may start to behave like other drugs, making the body extremely dependent on the effects it provides for the brain.

It is true that many people use Kratom as it combats many diseases and other conditions. Many people consider it a cure for drugs like heroin and the symptoms of withdrawal that may be a cause why most people use it.

Some might abuse it, however, to get rid of addictions from some more addictive and illegal drugs through Kratom as it is considered legal.

The bottom line is that while it may be legal, it still has effects like other drugs that may be more dangerous and fatal than effective. Most people are unaware that Kratom has the ability to cause drug dependency, and then the consumer will need medical detox to get rid of it.

As stated above, yes, Kratom is addictive, leading to a high dependency rate.

Kratom advocates claim that the herbal material is essentially harmless; however, the pieces of evidence are not in line with the claims, and all the regulatory institutions in the world are not in favor of the kratom consumption.

If someone consumes excessive amounts of kratom, it will lead to drug dependency and mental dependency.  The U.S Drug Enforcement Agency classified it as schedule 1 substance, meaning it is controlled; however, it was rebuffed.

Kratom comes with the risk that it is addictive, yet many supporters do not agree with this. 3 Kratom is used traditionally in Malaysia, as it is known as a controlled drug. Researches about Kratom on Malaysians have concluded that a minimum of 50% kratom users has become dependent severely on kratom, leading to kratom addiction.

Subsequently, the Food and Drug Administration has studied the components of kratom, and they conclude that kratom can be as potent as opioids.

The chemical structure of the component allows the researchers to make this comparison. Moreover, the researchers also concluded that apart from both kratom and opioids binding the same receptors; they are also the same in their strength, potency, complexity, and their addictive properties. In similar words, kratom affects your brain, just like opioids or any other drugs do.

Read below to find out some of the symptoms of kratom consumption:

FDA has reported that there has been a minimum of 44 deaths causes by kratom. It is no surprise that kratom consumption can have more adverse side effects than uses, it can cause eating disorders, respiratory issues, liver damage, panic attacks, hallucinations, insomnia, and extreme weight loss.

It may also have cardiovascular and neurological effects leading to heart attacks and psychosis. As mentioned above, the drug can turn fatal even before you know it.  7

Sensitivity to the dangers of risks is increasing day by day all over the world. Statistics show that in 2019 the calls to poison or drug control centers increased by 50 times from 2011 to 2017.

It is reported by the National Highway Traffic Safety Administration (NHTSA) that opioid withdrawal and kratom withdrawal are the same. They start between 6 to 12 hours after the last time you consumed it, and it stays for up to 5-10 days.

It is claimed by the European Monitoring Centre for Drugs and Drug Addiction (EMCDDA) that kratom withdrawals stay for around one week for people who are extremely dependent on the substance.

How Long Does it Take to Recover from Kratom Withdrawal?

It can take some time to pass the different stages of kratom withdrawal. The magnitude and length of side effects are comparable to the person’s behavior, genetics, and psychological conditions.

There is a lot of research that is taking place all over the world to learn about the impacts of kratom consumption; however, there is not much that the researches have concluded by now. Read below to find out the withdrawal stages of kratom.

Note: Not all people go through the same stages. There are many variables that come to play when dealing with the withdrawal symptoms. Read below to find some of the variables:

Detoxing and Weaning Off Kratom

We can define detox as removing the toxins from one’s body; these toxins include countless addictive drugs such as benzodiazepines. To minimize the withdrawal effects of one can start lowering the consumption of the product over a span of time. It is known as tampering or weaning odd.

The aim is to slowly and steadily get rid of the dependency and addictiveness of the substance and rebalancing your brain chemistry by time instead of suddenly eliminating the drug – which might make it even more difficult to leave the drugs.

As you stop consuming the kratom suddenly after becoming dependent on it, your brain will need a rebound effect as it tries to balance your brain, which in turn leads to severe withdrawal effects.

The tapering dosage is a better way to leave the drug slowly, so the brain starts slowly accepting lower dosages making it easier to leave the drug completely. It smoothens out the withdrawal effects allowing the brain to come back to its natural balance.

Psychoactive substances that make you “high” when consumed frequently do so by growing the amount of certain brain-produced neurotransmitters to indicate euphoria.

If someone chooses to take such substances, the brain might not tend to generate such found in nature biochemical messengers at regular levels, inducing kratom dependency to maintain it stable and to experience euphoria. If “cold turkey” is removed, withdrawal effects may be severe while the brain attempts to fix itself.

Your brain might take some time to adapt to its natural balance after the elimination of kratom. Rather than immediately removing kratom from your life, make sure you reduce its dosage during the Detox phase. You may use medications or supplements for kratom detox.

What is Kratom Detox?

People who have kratom addiction and are going through the withdrawal symptoms can find solutions by finding the underlying cause of the usage of Kratom.

In the initial stage, the consumers usually find relief through detoxification and can use medical detox options for specific cases or Kratom. These are, however, good for acute symptoms and if the consumer’s pledges to continue with being sober.

The method involves steady weaning off the Kratom that can tough for anyone consuming drugs as the brain might only function when they get the drug and not otherwise.

Customized treatment seems to be the principal advantage of detox, over and above, physically and psychologically purification. Every individual must receive an examination that can then be used to advise their detox advancement and future subsequent steps to remain free of the Kratom.

People looking for detoxification, as well as further guidance for the treatment of drug abuse, can find programs and resources that can help them recover from kratom depending as per their personal recovery needs. There are three kinds of recovery options:

Inpatient: The patient can stay in a recovery facility so they can seek help all-day

Outpatient: The patient can live at their home, and the treatment facility will be provided there so the patient can still carry out daily life tasks.

Hospitalization: Typically only those who are going through severe kratom problems use this option

Kratom can be beneficial but also severely harmful. It is best if you consult your doctor before you take any step towards kratom consumption.

It can be as severe as opioids leading to problems like respiratory diseases, cardiovascular diseases, psychosis, and much more. At worst, it may also lead you to lose your life. In case of an emergency, ensure to inform the drug and poison help centers.

The Good and Bad About Hemp Milk

How & Where To Buy Kratom At Wholesale Prices?

Hemp vs Marijuana Popularity: Which Is Best?