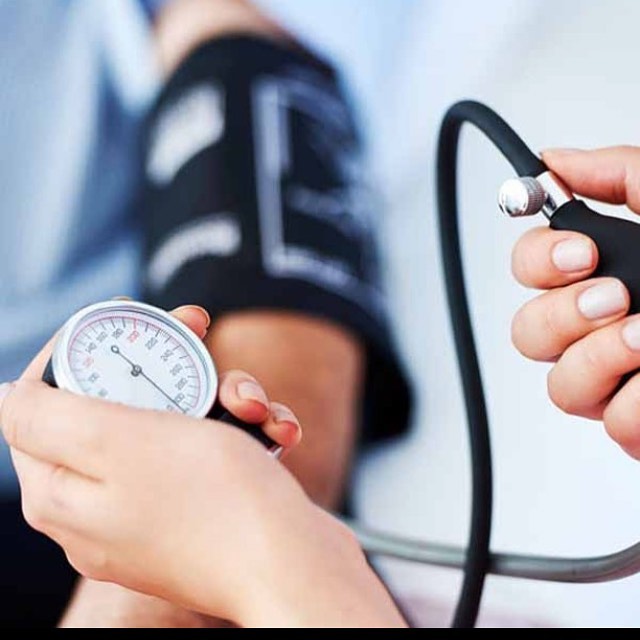 Kratom (Mitragyna Speciosa) is widely known for its contributions to the health industry. Most of the health-related uses are just speculations and need to be studied more.

Due to less research about the effects of Kratom, there is a conflict of claims between the two groups. One says that it can increase blood pressure while the others use it for the high blood pressure remedy.

What’s the reason behind the opposing claims between the consumers? What factors are we taking into account when it comes to Kratom and blood pressure? Let’s explore more about it.

How Does Kratom Work On The Mind And Body?

Kratom (in Thailand), Baik-Baik (in Malaysia), or Thang, etc., is a tropical evergreen tree whose leaves are chewed or turned into a powder or capsule to gain its instantaneous medicinal effects.

Both of them have a high affinity for Mu receptors (MORs) in the brain. When taken orally, it gets absorbed into the blood and reaches the brain receptors. On activating, it can either cause stimulating or relaxing effects to the body and brain.

Pros And Cons Of Kratom

Do Kratom’s benefits outweigh its toxicities? Well, that’s another ongoing debate between the consumers and health care workers.

Kratom is a dosage-dependent drug. When taken in small doses, it can have stimulating effects, making the consumer more energetic, well-focused, and active. In contrast, it can have opposite effects in high doses, causing sleepiness, tiredness, and relaxing the body and mind.

Firstly, The laborers, farmers, and fishers in Malaysia have used the plant’s leaves as a stimulant to counteract fatigue and tiredness to work in a hot climate for long hours.

Secondly, Its leaves have been applied to the wound and used as a vermifuge, and local anesthetic and extracts are used to treat cough, diarrhea, and musculoskeletal pain and as well as to increase sexual powers.

Lastly, the importance of this plant lies in the fact that its dried leaves are either ingested directly or smoked to get rid of opium tolerance.

One of the reasons why kratom is considered unsafe is that many sellers compromise on the quality of the Kratom by adding other substances into it. In 2003, in the USA, kratom was adulterated with caffeine and synthetic O- desmethyl tramadol, which resulted in many reported deaths.

Kratom has a high risk of dependency due to its substance-like receptor-binding properties. Therefore, it is on the DEA’s list of drugs and chemicals of concern.

Kratom also produces withdrawal symptoms. In an experiment done on mice, when Mitragynine was injected for five days followed by Naloxone, an antagonist of substances, it produced classic withdrawal signs such as jumping, urination, and forepaw tremor.

When used in really large amounts, it can cause inhibition of gastrointestinal transit resulting in constipation and dry mouth, etc.

Hence, it is difficult to state whether Kratom’s good overpowers bad or not.

What Effects Does Kratom Have On Blood Pressure?

Mitragynine is a potent alpha 2-adrenergic receptor agonist, which means it stimulates the activity of the receptor. These receptors are located in nerve cells and smooth muscle of blood vessels. They work by lowering the consumers’ cardiac output and vascular resistance, leading to lower blood pressure.  When taken for a long time and quite suddenly, or just because of its compensatory mechanism, it might cause a spike in the heart rate leading to increased blood flow from the heart; hence high blood pressure.

There is also evidence that these receptors inhibit the release of norepinephrine. When norepinephrine is not released, it causes dilation of blood vessels leading to increased blood pressure.

On the other hand, there is another constituent of Kratom, which lowers blood pressure.

Based on the evidence, Corynoxeine is a calcium channel blocker that inhibits the calcium from entering into the heart cells. When this happens, the heart does not contract with greater force; hence less blood is pumped into the blood vessels. This whole mechanism causes a reduction in blood pressure.

There has also been evidence of how Kratom interacts with various anti-hypertensive drugs such as Lotensin and increases their effects.

Hence, the effect of Kratom on blood pressure is a complicated mechanism, depending on various external factors.

How To Avoid Kratom Negative Effects On Blood Pressure?

As discussed above, Kratom has components that have both anti-hypertensive and hypertensive properties.

According to the studies, it is the dosage that prevents most of the negative aspects of Kratom.  When taken in small doses, five or less than five grams, it rarely affects the heart or the blood pressure, making it a safe choice. But, when consumed in large doses, 15-20 grams at a single time, there are higher risks of developing or having fluctuations in blood pressure and other serious complications.

In a very recent article on the Harvard Health Blog, Dr. Grinspoon wrote that if users are aware of their optimal dosage, the risk of any side effect automatically finishes.

Therefore, the consumers must calculate the right dosage of Kratom to prevent themselves from the toxicities.

What’s The Consumer’s View Of Kratom’s Impact On Blood Pressure?

On different social media platforms, Kratom has become limelight for discussion. Every day many consumers are becoming a part of it and are sharing their experiences with other readers.

One of the commonly asked questions is that would Kratom increase the blood pressure, or should one stop taking their antihypertensive medicines along with Kratom or not?

Another consumer shared his experience in 2019 that he took 5-gram doses of Kratom thrice a day and noticed his blood pressure went from 140/90 to 120/70. He stated that Kratom is an excellent supplement, controls pain, and improves key health status indicators.

Hence, Dosage plays a crucial role when it comes to blood pressure. Based on experiences, It is advised first to seek health care advice if one is on antihypertensive medication or has an issue with their blood pressure before starting Kratom.

The legal Status Of Kratom In Different Areas Of The World

The legal status of Kratom varies around the world; for example, it is banned in a few states of the USA, a few countries of Europe, and Australia, while in others, it is legal to use, sell, manufacture Kratom.

Due to its toxicity and potential for abuse, Kratom was banned by the US Drug Enforcement Agency but later removed. In 2020, the Food and Drug Administration (FDA) has still not approved the medicinal uses of Kratom, and DEA has now placed Kratom as a Drug and Chemical concern.

Australia placed Mitragynine in 2003 and the Kratom plant in 2004 in schedule 9, and according to this, Kratom can only be used for research purposes.

In New Zealand, both Kratom and Mitragynine are classified under Schedule one, which says that it is illegal to sell or buy Kratom without a prescription.

In Malaysia, Mitragynine is listed in the schedule of psychotropic substances in the poison act in 1952, which states that Kratom is illegal to use, and the government will give a penalty of USD 3,300 or a 4-year jail sentence if someone breaks the law.

Kratom affects differently on every consumer; thus, it can either lower or increase blood pressure. Based on the evidence, the only way to avoid such severe consequences of Kratom uptake is by controlling the amount or dosage of Kratom.  As the research on the relationship between Kratom and blood pressure is still undergoing, there is no clinical evidence to support these studies.