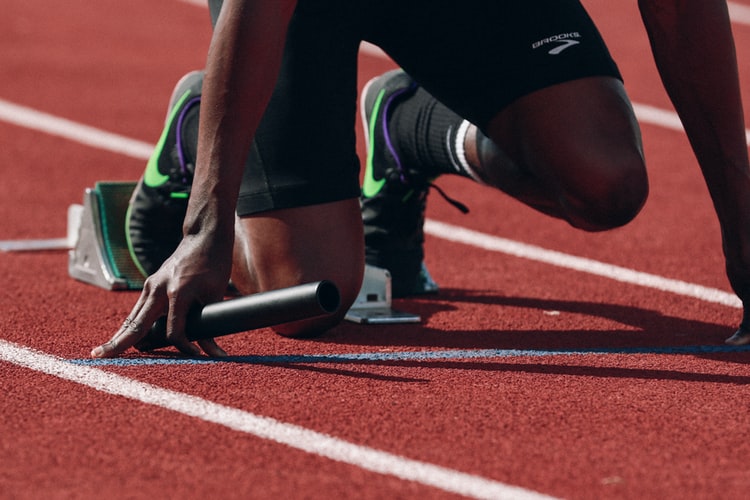 Have you got your eye on the finish line? Are you striving to be a better, faster, and stronger sports personality each day?

From relieving properties to improving concentration, heightening focus, and beyond, Kratom promises some incredible benefits to help athletes present their very best selves on the field.

Kratom In The Athletic World

When it comes to athleticism and fitness, there is an increasing debate revolving around Kratom’s energy-boosting benefits and whether or not it is safe for athletes. While there is little formal scientific research to back the herb’s benefits, its effects as an all-natural herbal supplement have made it increasingly popular among athletes in various spectrums.

Below, we have talked about some major ways Kratom has become a part of the athletic world. In addition, we have supported each claim in light of the recent evidence.

Nail-biting anxiety, palpitations, and panic attacks are all too common ahead of a fierce game.

Luckily, Kratom is here to save the day.

A study by Charles Veltri and Oliver Grundmann noted that participants reported lower anxiety and elevated mood following Kratom use. Likewise, another 2014 Study published in the Journal of Physiological Sciences backed these findings citing that “mitragynine…. could have a beneficial effect on the prevention and management of stress-induced disorders such as anxiety”. Hence, athletes can safely use it as an efficient reliever while retaining full control, attention, and concentration.

Sport-related injuries, muscular pain, exhaustion, and distress are a given part of any athlete’s experience. Consequently, many are often compelled to turn to conventional painkillers to help them get through their day.

As discussed in the article above, many bodybuilders and fitness experts have talked about how Kratom has helped alleviate their sufferings and offered a better alternative to such relief supplements. This is even highlighted by a 2020 Research published by the Yale Journal of Biology and Medicine.

Kratom contains many natural alkaloids that provide immediate relief. It can influence the brain to release more endorphins and counter joint, muscular, back, head, and other physical discomfort and exhaustion.

3) Rise In Energy Levels and Productivity

Performing your best on the field requires a lot of physical and mental energy. Or else, be prepared to face the embarrassing meltdown in the middle.

For centuries, Kratom has raved for its amazing energy-boosting properties. This was first discovered by the native farmers of Southeast Asia to help them get through the day. Fortunately, the same can be applied to the athletic community today. In fact, you will be surprised to know that the energy-boosting properties of Kratom far outweigh the conventional drinks such as caffeine, tea, etc.

The athletic world is infamous for widespread drug abuse in the form of steroids, painkillers, and other performance enhancers. A study by Kanayama et al reported that around 18.8% of bodybuilders abuse anabolic steroids, with Oxymetholone (42.8%) and Nandrolone (29%) being the most common ones. The abuse of anabolic drugs and painkillers among athletes, bodybuilders, and college and high school sports teams has been significant, often leading to harmful and tragic outcomes.

Fortunately, Speciosa offers a much safer alternative option to build and strengthen muscles.

One of the key prerequisites of any game is focus and attention. The more you are focused, the more your chances are to win.

There is ample evidence suggesting that Kratom releases acetylcholine. It is a neurotransmitter in the brain that plays a vital role in mind sharpening, alertness, and endocrine regulation (a gland responsible for reproductive growth and mood hormones). This, in turn, impacts the cognitive function and the overall body coordination of the mind, eyes, and hands- much needed to outshine in the competition. Also, according to a 2019 Study, Current Perspectives on Kratom Use alkaloids are shown to bind to the delta-receptors to improve the brain abilities.

Which Strains of Kratom are Best for Athletes?

One of the unparalleled beauties of Kratom is that its vast array of strains offers a lot of benefits. Depending on the growing process, soil type, and vein color, different varieties boast distinct properties.

Generally, for higher energy and better focus, the green or white varieties are most effective for athletes. Following is a list of the top five strains athletes must incorporate into their daily regimen without further ado.

Of course, this one has to top the list of the best strains for sportspeople, given its matchless potency.

Originating from Thailand, Maeng Da is a Thai word that translates to “pimp-grade”. A massive energy booster and simultaneously an impressive sedative, green Maeng Da has truly set the Gold Standard in the world of Kratom.

It is produced from a unique grafting process, where 30% of the white vein is mixed with 70% green to lend one of the richest alkaloid profiles.

Green Malay, short for Green Malaysian, too, takes the lead among the top athletic strains. It shares unprecedented popularity as a supplement promising several health benefits. Thanks to its versatility in offering a combination of mood and energy-boosting impact. Proponents argue that it is one of the Kratom family’s strongest and most potent strains, with one of the highest Mitragynine and 7-hydroxy mitragynine concentrations.

Our list would be incomplete without mentioning this all-time favorite strain of athletes. As evident by the name, the strain is meticulously cultivated by farmers in Thailand- a country home to one of the finest breeds of Mitragyna. The strain holds all the benefits an athlete can ever ask for-a rich combination of comfort and clarity, energy and euphoria, and stamina and stimulation.

Hailing from Borneo, the largest Asian island, White Borneo raves around the globe for its diverse spectrum of benefits for athletes. The effects last as long as six to eight hours. The perfect climate and the region’s fertile soil contribute to an ideal growing condition.

Besides, the Borneo strain is also known for its high concentrations of 7-hydroxymitragyninea and dopamine mediators, namely Corynoxine A and Corynoxine B.

Straight from the heart of Indonesia, Green Indo boasts an incredible balance of relief and energy boost. And that’s probably what sets it apart. As a much milder and softer strain, it is not as potent as others. Perhaps what steals the limelight is that it renders all the benefits of coffee minus the jitters. So, if you detest the loathsome coffee after-shakes, Green Indo is meant for you.

What do The Athletes say?

In the absence of formal scientific research, our most reliable source of information about Kratom use comes from the athletic community themselves including bodybuilders, MMA fighters, and fitness stars. As Kratom has made its way onto Western markets, a growing number of fitness experts vouch for its benefits and refer to it as a miracle drug in the world of athleticism.

Keep reading to hear stories from athletes like yourself on how Kratom helped transform their lives.

Bodybuilder and former MMA star Joe Rogan has often spoken out in favor of Kratom’s benefits, referring to it as a potential pre-workout supplement. He also commented on the herb’s impressive ability to enhance performance in martial arts. He also posted on his Instagram, saying it was “ridiculous” for Kratom to become a schedule 1 drug because it has a “very mild” stimulant effect.

Another prominent Kratom-supporting celebrity is Mike “The Don” Bueno, a famous Brazilian Jiu-Jitsu artist. He has been vocal about his Kratom use and considers it an important part of his fitness routine

The Ideal Dosage For Gamers

There is no denying when we say that Kratom is a mysterious herb: the impact is directly proportional to the quantity you consume. The study by Singh et al. investigated whether Kratom has any long-term effects on cognitive functions such as memory, attention, motor skills, and learning. The study compared 70 Kratom users with 25 members in a control group.

It was found that in tests where the levels of mitragynine were more than 72.5-74.9mg, there was some drop noted in performance. This indicates that cognitive functions can be mildly altered at very high levels. However, if athletes stay within mid to normal doses, Kratom does not hinder a person the way other synthetic medicines and substances can.

Hence the ideal dose for athletes is 4 to 5 grams in a day. Also, first-time users need to start from 2 grams and then eventually increase it.

The Ideal Time To Take Kratom for Athletes

If you are an athlete looking to take Kratom as a reliever or performance enhancer, it’s only natural to have questions pertaining to “when is the best time to take Kratom?”

For your information, athletes are advised to take the Green and White Speciosa varieties in the morning as a pick-me-up to get you ready for the day and increase focus and clarity. Whereas, the Red and Gold or Yellow strains are preferred during the nighttime winding down routine given their calming and soothing nature.

Even though Kratom has been a relatively newer addition to the fitness arena, there is no argument that it has taken the world quite by storm.

Fitness stars, bodybuilders, and renowned athletes from around the world have spoken out about their experiences with Kratom, its relieving properties, and the great potential it holds as an alternative to the inherent abuse in fitness.

However, it is worth remembering that all these benefits are dose-dependent. On very high Kratom dosages, negative side effects like dizziness or nausea are more likely to occur.

Hence, we can conclude that athletes can safely enjoy the anxiety-relieving and concentration-improving benefits of Kratom as long as they stay within the recommended dosage levels.

We know you have all the potential in the world to excel and outshine as an athlete.

So, why not unleash that potential and bring it to the limelight like never before?

If you have been hearing the Kratom fitness talk for a while, this is your sign to take the first step and explore this miracle drug for yourself!

Place your Kratom order with us today and join the dedicated group of Kratom users, fitness experts, and world-class athletes on the journey to be their very best selves.

How Long Does It Take To Detox From Kratom?