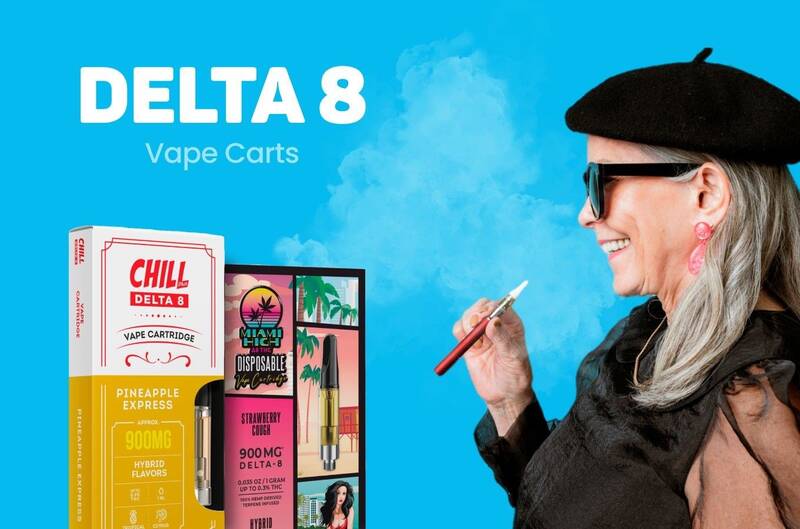 The cannabis game has vastly expanded since hemp’s federal legalization in 2018. Even in some states where recreational marijuana is not yet legal, residents can enjoy a cool new compound: delta 8.

Disposable vapes and cartridges seem to have slowly but steadily replaced the old-school need for traditional blunts and joints, and the emergence of delta 8 carts have certainly added to their claim to fame.

But what exactly is delta 8? And can delta 8 cart give users wellness benefits?

What Is Delta 8 THC?

Delta-8-tetrahydrocannabinol, or delta 8 THC, is a moderately mild psychoactive cannabinoid found in cannabis. The compound shares many properties with delta 9, its stronger and older sibling closely associated with traditional marijuana, but it has much lower levels of THC.

While delta 8 isn’t as strong as some more powerful cannabinoids like HHC and THCO, its users’ psychoactive effects are still quite noticeable. Those who ingest delta 8 loyally stand by the compound’s vast array of effects.

Some of delta 8’s most well-known effects include:

Apart from these effects, most of which are comparable to delta 9, delta 8 has another trick up its sleeve. Delta 8 is half as strong as delta 9, which may sound like a downside to some. But in reality, this reduced potency also means delta 8 isn’t nearly as likely to cause the adverse side effects associated with marijuana, including paranoia and anxiety.

So, you get all the benefits of delta 9 without any undesirable side effects!

Delta 8 edibles and delta 8 carts will give you all the properties of the compound but in slightly different ways.

Delta 8 edibles, most popularly gummies, have a set amount of delta 8 THC in each piece, making dosing quite simple. Additionally, edibles need to make their way through your digestive system before kicking in, meaning that they take longer to take effect than carts—usually upwards of an hour. When they do kick in, however, their effects are more pronounced and can last up to eight hours!

Delta 8 carts, on the other hand, kick in within minutes and will have you feeling the effects of delta 8 for up to a few hours. With carts, however, dosing isn’t that easy. How much you ingest depends on how many puffs you take and how long those puffs are, so delta 8 carts are recommended for those who enjoy vaping and taking more personalized control of dosage.

Hemp and all of its derivatives became federally legal under the Farm Bill in 2018 as long as they contain 0.3% THC or less. This makes hemp-derived products like delta 8 carts completely legal to sell, purchase, possess, and use at the federal level.

Not every state agrees with the federal government’s stance on hemp. Some states have taken steps to ban or heavily restrict delta 8 within their jurisdictions, so it’s always best to do local research before buying delta 8 products. 21 US states have regulated, restricted, or banned delta 8.

Delta 8 carts are safe as long as they are sourced from the right manufacturer. Because the FDA does not monitor the sale or production of hemp-derived cannabinoids, it’s up to individual companies to establish their standards for safety and quality. This makes finding reliable retailers a very important job for consumers.

If you want safety, quality, and reliability, go for CBD Mall. Not only do they have one of the largest product varieties available on the market today, but they also take the safety of their products very seriously.

All of their cannabinoids are made using non-GMO, all-American hemp. They also offer detailed and transparent ingredient lists on each packaging. Most importantly, their products are thoroughly third-party lab tested for potency and purity before reaching the shelves. This means that when you use CBD Mall’s products, you can buzz with the peace of mind that you’re not ingesting contaminants, additives, or other harmful chemicals.

So, do delta 8 carts have wellness benefits? Yes, they do! Not only do they offer virtually the same properties as delta 9, but they’re also less likely to produce negative side effects like anxiety and paranoia. While delta 8 is legal at the federal level, it’s best to check in with your state’s hemp laws before trying to score some delta 8 carts.

Thai Kratom: 10 Reasons Why I Love This Herb

Kure-It Kratom – What Makes This Brand So Special?