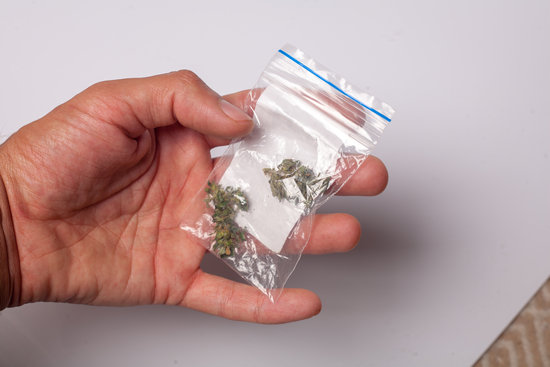 Do you find difficulty differentiating hemp vs marijuana because they look exactly alike? Are you one of those who confuses both of them as one product?

Well, you aren’t alone because there is a lot of misinformation about these two drugs. You really can’t distinguish between the two without a lab test.

They look and smell exactly the same, and that is why even the highly-trained cops and narcotics fail to do so during investigations.

Then, why are they named separately and what’s really the difference? That’s what I am here to talk about!

Hemp vs Marijuana: Actually Belongs To The Same Plant

Cannabis is a famous plant, known for producing two world-famous drugs – hemp and marijuana. The one who once gets addicted to a drug, can’t imagine his life without it! Such are the people whose lives highly depend on this plant.

Cannabis is a plant with two major classifications: Sativa and Indica.

The hemp is strictly a member of the Sativa family; however, the marijuana might belong to either of the categories.

That’s one major difference between the both, but this isn’t a clear distinction.

Before going into the details, let’s first see how they are apparently distinguishable.

The marijuana has small, bushy, and voluminous appearance with dense buds scattered all over the plant. The thick leaves are responsible for giving it a nice volume.

In contrast, the hemp plant is skinnier and taller and has a lesser volume with buds concentrated at the top. And, the leaves are small and thin that is responsible for its lean appearance.

Thanks to a lot of research, we are now able to distinguish them a little.

However, let me clear something to you here! Like I said before, you really can’t differentiate between the two without a lab test.

The anatomical differences aren’t very much apparent as they look pretty much alike at a first glance.

You need a detailed physical analysis to determine which one is what, and that again require you to go to a lab.

Hemp Is Known For High CBD While Marijuana For High THC

It’s a major difference and that’s what matters. This is the reason why one makes you high while the other doesn’t!

The hemp has CBD while marijuana has THC (the compound having excessive psychoactive properties).

The hemp contains just a little amount of THC (approximately 0.3% or less), while that of marijuana is high in THC, containing up to 20% to 40% (the amount enough to blow your mind away).

That’s the reason why hemp is known for its industrial usage; however, that of marijuana is mainly used for recreational purposes. It also has a few medicinal uses.

Uses for Hemp & Marijuana Are Great To Know

Due to the difference in chemical composition, they have different uses.

The hemp has a vast industrial usage including paper, bio-fuel, clothing, food products, construction materials, oils, and much more. In contrast, marijuana has recreational uses and help you in getting high.

Some websites on the internet claim that marijuana can be used for medicinal purposes as well, but this isn’t very much true.

The high THC content alters normal body functions; therefore, it’s a risk to use it for treating health. However, there are some conditions when psychoactive contents are needed for treatment, but it must be done under strict care.

Well, yes. It’s due to the different chemical composition that both the compounds are cultivated differently.

The hemp is low in THC content that is why it doesn’t require a controlled environment and need minimal care. It can be grown in almost all climates without professional guidance.

Growing hemp is pretty much like doing planting in your garden. You can grow them close together in a large area.

Marijuana, on the other hand, needs a highly controlled environment to grow properly.

You need a humid and warm environment to grow it and its growth cycle is smaller than that of hemp (i.e. 60-90 days).

It also needs professional guidance for handling and packaging.

Unlike hemp, you can’t grow them closely together and must keep them at least six inches apart from each other.

Marijuana is Federally Illegal But Hemp is Now Legal

Despite being entirely different in functionally, the political leaders got confused about both in the 1970 and they banned hemp and marijuana, declaring them as addictive.

However, as reality unfolded and different researches were approved, it was asserted that both of these products aren’t similar.

Due to the difference in chemical composition, the legality laws for both of them are different.

The usage of hemp is legal in most of the countries but under some conditions. The laws of each country vary as per the cultivation, composition, transportation, sales, and usage.

The hemp legality mainly depends on the THC content.

The United States allows up to 0.3% THC containing hemp, while the rest of the countries legalized hemp with only 0.2% THC.

In contrast, marijuana is classified as illegal in all countries. However, it is allowed only under highly strict conditions when needed for medicinal use.

Some Key Facts About Hemp and Marijuana

Key Tips to Increase Terpenes Level in Your Cannabis Plants

A Detailed Guide To CBD And Infertility