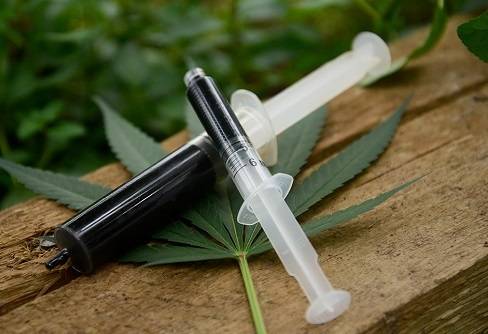 Cannabis and marijuana-based products have gained extensive popularity over the past few years. With growing legalization, more and more people can get their hands on these healing miracles.

The number of manufacturers has increased, and a considerable variation has sprouted up at drugstores as well as local dispensaries.

Amidst this rapidly growing industry, a specific type, the RSO or Rick Simpson Oil, has attained special attention. But why? What are Rick Simpson Oil and its effects? Why do some people prefer it over CBD oil? Well, keep your questions noted down because you will find all the answers right here!

In this article, you will be able to explore the regimes of Rick Simpson Oil thoroughly, from definition to in-depth analysis of possible outcomes. Come one, let’s dive deeper into the topic and attain a detailed insight!

What Is Rick Simpson Oil (RSO)?

To put it straight and simple, Rick Simpson Oil is a Cannabis-derived oil that contains high amounts of THC content but is known for its healing properties.

Introduced by Rick Simpson, the RSO is a dark-colored gooey cannabis oil that possesses a bitter taste. It is extracted from female cannabis plants, preferably belonging to Cannabis Indica and containing at least 20% or more tetrahydrocannabinol.

Hence, unlike most of the other medical Cannabis extracts, Rick Simpson Oil brings about a euphoric feeling, which is often associated with recreational marijuana.

Although Rick Simpson claims to have treated various diseases of over 5000 people with this oil, there’s still room for research.

More authentic evidence and tests are required to give the product an official label of medical marijuana.

The part of the Rick Simpson Oil is that you can make it conveniently at your home.

However, you must inquire about the legal laws about your state before making one, or you can get in serious trouble!

For the following recipe, you will need high-quality Indica Cannabis Strain, though you can use other strains as per your medicinal requirements.

Moreover, place the rice cooker in a well-ventilated room as the solvent is flammable.

Although Rick Simpson himself suggests that you make the oil for yourself at home, it also gets sold by several companies.

In his dosage guide published on the website, Rick Simpson repeatedly emphasizes on consulting a medical professional before beginning with the course.

Particularly, if you’re already taking other drugs or are suffering from serious illnesses like Cancer.

However, he’s known a time when his very own doctor refused to believe in cannabis-miracles.

Thus, he also encourages the consumers to leap if there’s no way out and if they deem it appropriate.

According to Rick Simpson, the best ways to use the product are:

Also, to mask the unpleasant taste, you can mix it with other foodstuffs like a banana.

To acquire the benefits of this oil, the consumer must ultimately consume 60 grams of the RSO Oil over 90 days. The distribution of dose, as provided by Rick Simpson, are as follows:

What Can It Treat?

If we trace back the origins of this oil, you’ll be surprised to know that Simpson introduced this product to the world after treating his skin cancer with it.

He applied his oil on bandages and covered the cancerous bumps on his skin for four days.

After this, there were no signs of these bumps. And this is what caught the attention of the masses.

Up until now, there’s no scientific proof to declare RSO as the proper medication for treatment. But several cases of cured cancers after the usage of RSO got reported.

However, we do have scientific proves regarding THC’s positive effects on various cancer treatments, which RSO is rich in.

Additionally, researches conducted on animals have suggested that THC can effectively decrease the growth of a tumor.

Apart from cancer, it is allegedly known to treat the following ailments:

Are There Any Side-Effects?

The Rick Simpson Oil comprises of high amounts of THC, which is a psychoactive compound.

It can cause several psychological effects, such as anxiety, paranoia, hallucinations, disorientation, and panic attacks.

However, all these side-effects are temporary and will fade as the THC will start leaving the body.

Therefore, Rick Simpson Oil may prove to be harmful but temporarily.

Is It Better Than CBD Oil?

When talking about RSO vs. CBD oil, we know one thing for sure: CBD oil is more popular amongst the masses.

Why? Well, mostly because CBD oil contains trace amounts of THC while RSO might contain THC content higher than that of Marijuana even.

Hence, its side effects are of higher intensities as compared to CBD oil. What’s more, having attained the status of legal, medical marijuana in most places, CBD oil is commonly available.

While, RSO is available at limited drugstores only or has to be prepared at home, consuming energy and time. Thus, CBD oil has a clear advantage over Rick Simpson Oil.

What’s Marijuana or Weed Bud and How It Looks Like?

What Is Kratom Tea And Why You Should Drink It Daily?