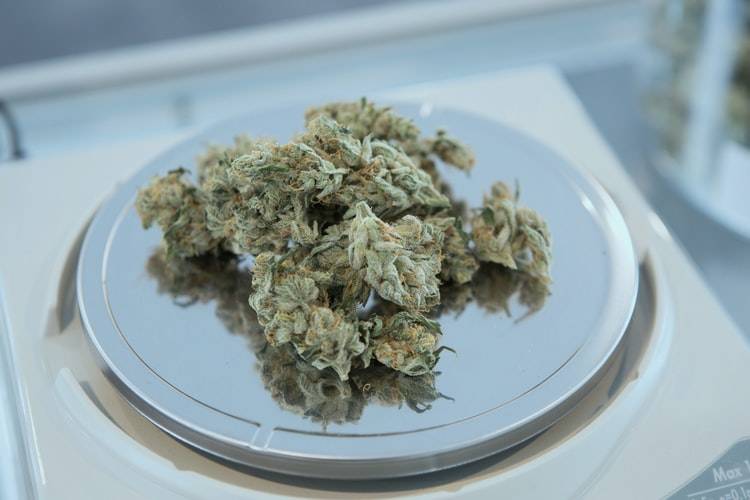 You may have encountered a certain question far too often: “I recently had edible weed and now I am afraid of a urine test scheduled in the next few days. How long does edible weed stay in the system?”

It’s pretty straightforward. You are worrying about edibles urine testing.

Maybe your prospective employer requires clean people in his office. Or the college you applied to has a drug-free policy.

Even the athletic competition you have been waiting to join has prerequisite urine testing before you can even set foot in the arena.

And here you are, regretting the recent adventure of consuming edible weed with your friends. But regret will lead you nowhere.

Fortunately, we have tried to provide some concrete information on the time duration of edible weed staying inside your body.

Edible weed in this article refers to any marijuana product that consist of cannabinoids and can be ingested through your mouth.

The common examples are gummies, candies, drinks, and capsules.

Either way, you have eaten the orange-flavored cannabis gummy, and now you have an appointment with the lab in the coming week.

Let’s see how high your chances are of clearing the dreaded urine test.

Weed Users in the USA

Cannabis-infused edibles are on the top list nowadays, with more and more people consuming it regularly as WayofLeaf.

The popularity grew exponentially after the Farm Bill 2018, which legalized marijuana based upon certain conditions and parameters.

Following this bill, marijuana was given legal status in 11 states of the US. Meanwhile, medical marijuana was allowed in 33 states.

It wouldn’t come as a surprise to know that roughly 94 million people reported marijuana usage at least once.

Marijuana usage is second only to alcohol. However, the situation has its downsides.

The Substance Abuse and Mental Health Services Administration (SAMHSA) reports that one in ten people are at the risk of developing an addiction to marijuana.

The odds would jump to one in six if the person in question started using weed before the age of 18.

You can understand that social stigma attached to weed in the states provides all the more reason for you to come clean after a urine test.

Getting a positive result may not be positive news for you.

How does weed interact with your system?

Before jumping off to the detection period and weed detectable threshold, it pays well to understand the mechanics behind the test and your body.

Here’s a quick lesson on biology: The chemical THC, which is present in edible weed, is absent in the urine.

The urine test is actually not even looking for the THC molecules. Instead, the culprit that is up for catch is known as a metabolite: THC-COOH. You need not pronounce it.

THC-COOH is a waste by-product of THC produced after the body metabolizes THC molecules of your favorite edible weed.

Once THC transforms into THC-COOH, it is attached to glucuronic acid, and finally flows out of the body during the urination process.

Simply put, after you eat those edible weed products, the high kicks in because your body is rapidly metabolizing THC, which is later converted to THC-COOH, and then excreted through feces and urine.

How long does edible weed stay in your system?

So the question remains: when will you finally get rid of the edible weed?

There is no definite answer.

It is interesting to note that the form of weed you consume actually influences the detection period.

For instance, edible weed won’t get you high as swiftly as smoking it.

Moreover, it will have to undergo the entire digestion process before entering the bloodstream and causing the high.

Therefore, you can expect edible weed to stay in your system for a longer time than regular ones.

Anecdotal evidence on public forums suggests that weed edibles can take anywhere from one week to one month to escape the body.

Up to 90% of the THC content is flushed out within a week. The main issue lies with the remaining 10% that can pretty much attach itself to your system for nearly a month!

According to Mayo Clinic, this test has the following detection period, formally known as Urine Drug Screen (UDS).

If you fall under the single-use case, the weed can be detected for up to three days.

For moderate usage, you can expect the detection time to be around 5 days (moderate use is similar to using weed four times a week).

Meanwhile, daily and heavy use will stay for up to 10 days. Finally, the most unfortunate of the lot, chronic and heavy users, will have to battle the edible weed for up to 30 days.

Urine testing is used by employers who wish to ascertain recent weed consumption. It is also the cheaper drug test among a wide variety of other tests. It is also more convenient to administer.

The number of times you consume weed has a large bearing to the number of days it will stay in your system. The three cardinal questions related to frequency are as follows:

Naturally, the higher the responses for each of the above questions, the more complicated your scenario becomes.

Compared to women, men metabolize THC at a relatively faster pace because they have a lower level of body fat on average.

Dehydration can lead to higher THC content in the bloodstream and increase the likelihood of getting detected in a drug test.

However, excessive intake of water won’t be of much help either because it will dilute the urine and flag the test. You will have to retake it.

Since THC metabolites are found in the fat cells of your body, a higher BMI will lead to a slower metabolizing process and in turn, a slower excretion process.

How to flush THC out of the system?

Now that you know the detection period and factors that influence it, you would be interested to know a few hacks that can increase your chances of passing a urine drug test.

The first step is total abstinence. Stop consuming weed the moment you hear about the drug test!

Preferably before that, because you will obviously know about your job or education plans way before you are required to take the drug test.

If you are a bit short on time, then there is no guarantee of successfully hacking the urine drug test. However, you can take the following steps to detox at a higher pace.

As discussed in the previous section, dehydration can lead to utter failure. Going overboard won’t bear fruits either.

What you should be focusing on is an above-average level of water intake so that you urinate a lot.

This method is rather inconvenient due to frequent washroom trips, but it pays off.

Time to change your diet

We already know the complementary effect of fats on the THC detection period. If there is one thing you have to take care of, it will be your diet!

Avoid fatty, greasy, and oily food at all costs.

No, don’t starve yourself.

Eating healthy is important to excrete THC from your system regularly.

Choose fruits, vegetables, and whole grains because they are rich in antioxidants and fiber. They will support the detoxification process.

The next component of your diet is Vitamin B3. Think avocadoes and potatoes. They are natural cleansers of the body and will greatly help you in removing THC.

Finally, vitamin C is perhaps the most renowned of the bunch. Increase intake of the classic lemonade and zesty citrus juices. Why? Because they are filled with electrolytes and increase the washroom trips while energizing your body.

Running on that treadmill will be beneficial in burning fat. The fat cells contain THC metabolites, so cardio will significantly increase the detox process.

Not only that, but you will also increase your liquid intake naturally. Talk about dual benefits!

However, there is a slight complication.

Although exercising burns fat from your blood, it also increases the metabolization rate and the THC metabolites in the bloodstream.

You can expect to have a slight elevation of the THC concentration after you exercise.

Therefore, it is highly recommended to avoid any strenuous activity a couple of days before your urine drug test.

Urine drug test, or piss test, can be quite stressful. But it’s important to give it your all instead of feeling scared.

We are hopeful that this guide has increased your technical knowledge on the edible weed detection period for a urine drug test.

It does stay in your system for quite some time, depending on different factors. Just remember one thing: stop eating edible weed before the lab test!

CBD and your Blood Pressure

Can You Consume CBD Oil To Overcome CPTSD’s Symptoms?