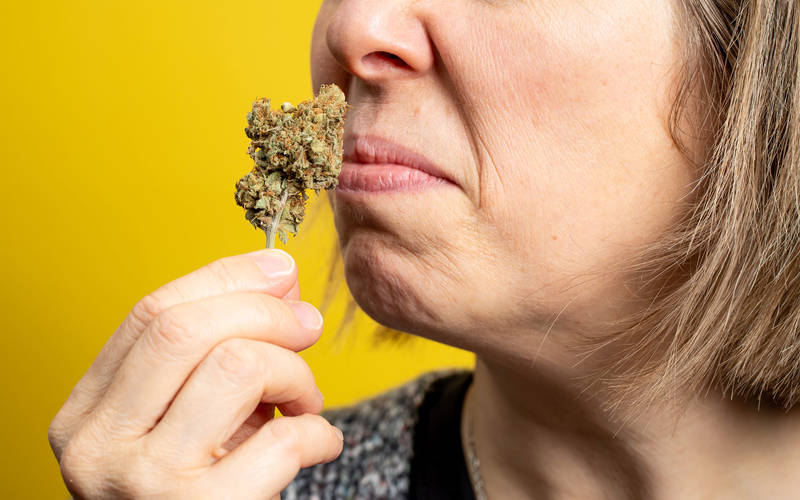 “CBD”, what’s the first thing that crosses your mind when you hear the word?

But do you know that another creative use of the drug gaining rapid momentum today is snorting the CBD isolate?

With the legalization of marijuana, the cannabis industry has been booming like anything! In a few years, the scope of the market has expanded beyond one’s comprehension- from a handful of dispensaries doing the business discreetly to now becoming a billion-dollar industry. Thanks to an overwhelming surge in the consumption and demand of the CBD products!

What are CBD Isolates and What Makes Them Tempting For Snorting?

So, First Things First: CBD Isolates are the purest and most potent form of CBD, with concentration as high as 90 to 99%. On the contrary, 1 to 10% of the substance constitutes of different compounds.

Snorting CBD Isolates is in the spotlight lately. The CBD community, particularly teenagers and adults, find it tempting to consume the herb this way. And why not? After all, they promise an experience of pure pleasure worth-remembering!

Now answering the second most important question: Snorting is a relatively new and unique way to tap on the benefits of any substance and incorporate it into our daily routine.

Also referred to as insufflation, Snorting is a technique used in a plethora of medical applications such as nasal drug administration, anesthesia, respiratory assistance, and other intensive care services. Of course, there are a few solid reasons for opting for this consumption method: the prime being, more rapid onset of action as compared to the other ways of intake.

The same knowledge of inhaling substances through the nose can also be applied to CBD. That said, snorting CBD is, however, quite trickier than it sounds. That’s because there are quite a couple of essential factors to consider (which ironically are unknown in the case). For instance, the unknown ingredients mixed in the isolate can lead to severe damages ranging from slight irritation to a perforated septum, or even worse.

How Does Snorting Works?

Usually, the onset of Snorting is faster and also fades away quicker than the oral ingestion of a drug. This is because Snorting pushes the drug directly into the bloodstream through the porous mucous membrane, the inner part of the nose. Consequently, a significant amount of the substance is instantly absorbed and travels to the brain, where it binds with the receptors to release a quick, intense high feeling.

On the contrary, the peak effects of oral consumption can take an hour or two to occur. The compounds are first broken down by the stomach, processed by the digestive system, absorbed through the stomach walls and intestinal lining, and finally regulated in the blood and plateaus.

Does Snorting CBD Isolate Gets You High?

Do you know that mucus membranes inside the nose are primarily made of water that repels most cannabinoids (depending on their design)?

Cannabinoids, like THC and CBD, can be absorbed through the nasal lining when inhaled (just like the tongue absorbs them). However, these compounds don’t dissolve in water.

Ultimately, the low bioavailability of isolation through the nose can irritate the nasal passages. So, the impact of CBD isn’t experienced while inhaling. Instead, it’s felt after swallowing the sinus’s drip in the throat, which reduces the efficacy of the drug. Consequently, individuals are likely to over-dose to achieve the desired effect that can lead to over-stimulation.

So, the concern remains: While it is declared safe to eat, drink, smoke, and apply CBD products, is it equally safe to snort it?

The brief answer is No.

While it is possible to snort the CBD isolate, it is not at all safe to do so! Fundamentally, the extent to which these unknown and additional compounds affect the nasal passage is not entirely clear. So, even if the isolates are micro-grinded into a fine powder, they are relatively unsafe to consume because of the mixed-in ingredients that may irritate or damage the respiratory system.

Added to it, the practice of Snorting remains mostly undocumented in the U.S. Consequently, the arena is unsearched.

Even though many illicit drugs are commonly taken through the nose, CBD isolates are manufactured to be used a certain way. And, going against can pose a threat to our health.

Keeping in mind the lack of conclusive evidence, information, and research, snorting CBD cannot, at all, be termed effective or safe. It may or may not be beneficial as there lies risk lingering in the unknown.

Therefore, while Snorting is effective for other medical drugs, we cannot conclude the same for CBD.

Perhaps you can do your research online and ask around for people to share their real-hand experiences. Most of the reviews online are mixed. While some are satisfied, many others are not. By and large, the reviews are insufficient and cannot determine its efficiency or safety.

So, until there comes substantial evidence on the play, it’s best not to experiment with this way of consumption. (Fingers-crossed!!)

Till then, it’s advisable to stick to the more tried, tested, and safer CBD consumption methods – which fortunately are affordable too!

Words of Wisdom: Taking CBD sublingually would deliver the same efficacy. In fact, it’s much easier to hold it under the tongue for a longer duration than keeping it in the nostrils.

With the laws and legislation loosening around the Cannabis industry, it is now present everywhere- popping up among dispensaries, being used in confectionaries, and becoming a beauty industry darling.

No matter how you consume it, the legality status remains unchanged. The same applies to Snorting.

So, buyers and consumers enjoy the right and freedom to use it the way they want! However, for the sake of their wellbeing, it is crucial to abide by the recommended dosage guidelines (and Snorting is itself not at all advisable).

Our Recommendation: If you strongly crave for snorting CBD, then perhaps you can give Nasal CBD Sprays or Inhalers a shot. These are specially designed for the purpose and render the same level of pleasure without the fear of the unknown.

What Are The Potential Risks Of Snorting CBD Isolate?

Medical practitioners unanimously consent that despite CBD’s therapeutic benefits, Snorting is not very promising and can adversely impact one’s health. While there is a lack of evidence on its reaction, the following is a list of possible perils that may involve:

P.S. Most of the above dangers are that of snorting weed since the impact of Snorting CBD is not exactly known.

What Is The Best Way To Consume CBD Isolate?

This brings us to the final question on the most effective way to use the CBD isolates.

Well, the handiest and most convenient way out is to use CBD Vape liquid of Godbud by dissolving the crystals in the vape juice of your choice.

Tip: 50 mg of CBD isolate will be added to 1ml of juice to make 5% CBD Vape juice. But before that, warm the juice a little in the double boiler for best results.

Snorting doesn’t have the very best of the image due to its link with the cocaine – a notorious drug commonly ingested through the nose.

To sum it all up, Snorting CBD Isolate involves the crystalline state’s use smashed into a fine powder. While it is an alternative way to consume the herb, it doesn’t suit everyone.

The limited research, alongside the absence of reliable information, fails to establish its efficacy or safety. So far, we know that the mucous membrane does not readily absorb the cannabinoids in the CBD in the nose. Hence, it can cause severe damage to the nose, throat, and upper respiratory system. In a nutshell, Snorting is just something we cannot recommend our beloved readers trying or forming a regular consumption habit.

Life Force Kratom Review – What Should You Know About The...