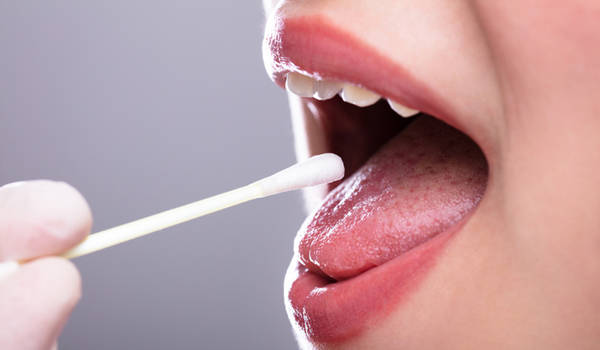 Let’s get straight to business right off the bat. You have an appointment for a saliva drug test soon. And you know that you are screwed if you don’t act quickly.

The panic is real; you can feel the pulse getting volatile with each passing hour after hearing about your scheduled test. And you had finally embraced that getting scared for a test was a relic of the past.

Even with the widespread legalization of recreational and medical marijuana in the US, you may wonder about the rationale of drug tests.

Roughly speaking, legalization has led to multiple scenarios whereby employees smoke week during their office hours or drive outside under the influence of cannabis. Both actions are prohibited and carry a risk of strict penalties and punishment.

On a more positive note, if you have the choice of choosing a drug test, then a mouth swab drug test would work best in your favor.

It is also inexpensive for employers and police officers to check if you have recently consumed marijuana to indulge yourself in the high zone.

Saliva Drug Test: What is it exactly?

It works on the following principle: traces of recent consumption of the drug can be found in your mouth. Therefore a fluid-based screening of your mouth is conducted via mouth swab test to ascertain the presence of opiates, tetrahydrocannabinol (THC), cocaine, and other drugs.

It is an inexpensive and quick method of screening you for potential drug use. As a non-invasive and easy-to-administer test, you may find yourself in a tricky spot if your boss comes up to you with a moment’s notice that a drug test is scheduled in the later half of the day (on-the-job testing) or over the weekend.

No lab analysis or specialized training is required for this type of drug test. Even though it’s a more recent drug test method, it is gaining ground all over the country, and this is where you are rightfully worried.

The variable of time elapsed since you last consumed drugs has an essential bearing on the results of your mouth swab test. This variable further depends on the type of drug you consumed before your drug test. The detection times for common drugs are as follows:

Worried? Yes, there is something to worry about, but let’s tone down the stress level.

The detection time frame listed above has the keyword “up to”, which is indicative of the usual upper bound for the detection of the presence of drugs through a mouth swab test.

Most users can bet on their luck to come clean way before the stated time frame.

If you partied on Friday night (who doesn’t?) and then continued partying till Saturday night (the weekdays were exhausting, okay), you still have a fair chance at passing the saliva test that may be conducted by your grump boss on Monday.

Does that mean you are risk-free?

Unfortunately, we can’t say the magical word, yet.

The likelihood of being in a safe zone increases, but you are still at risk of getting caught. Why not lower the risk further, through mindful interventions and strategies? No one wishes to be at the receiving end of negative news.

Let’s start with some hacks that can lower the chances of the employer of receiving a good mouth swab sample.

Cool heading, right? Much like the Matrix movie, where you actively bypass the system to avoid getting caught.

How can you achieve this feat? Your goal is to make sure that you behave in a manner such that the mouth swab test is not taken effectively by the administrator.

Be warned that these small series of hacks are unlikely to work if the administrator is a law enforcement agent. It is best to confirm in such a scenario calmly.

You are not willing to let yourself go down that easily. It is too soon for you to hit the bucket yet.

Instead of leaving the results to fate or chance, you wish to practice some natural home remedies that can work in your favor. We have curated a list of effective home remedies that are backed up by empirical or anecdotal evidence to raise your chances of passing the saliva drug test.

Surprised? Get prepared for the citrus profile to overwhelm you (in a positive manner) because you would be eating a lot of sour candies now.

According to a study that is present in the US National Library of Medicine National Institutes of Health, consuming substances that stimulate fluid-creation in your mouth will affect the pH value and the concentration of drug that can be identified by a mouth swab test.

If you have less than an hour to prepare for the test, then your best bet would be to suck (instead of chewing so that you get the best of both worlds) a couple of sour candies and let the acidic citrus profile do the trick.

Expanding on the previous point, your goal is to enhance the saliva production to distort the reality in your favor. Another effective remedy is to chew a few pieces of gum to dilute the concentration of drug metabolites in your mouth. If given a choice, choose a strong citrus flavor to enhance the efficacy of this technique.

Both sour candies and chewing gums should be available at a moment’s notice. Otherwise, carrying both to your workplace or while driving is an excellent idea if you are skeptical of any sudden saliva drug tests.

Known as an adulterant, hydrogen peroxide is useful to hinder the effectiveness of a swab test so that the drugs are not accurately tested in your mouth. This is also a short term remedy if you have a low window for an upcoming test.

We are talking in minutes here. Your approach should be to rinse this adulterant vigorously in your mouth for up to 30 seconds.

In the absence of this particular chemical-based product, you may opt for any other mouthwash. A small word of caution: our experience suggests that the tensed state of mind can cause accidental ingestion of either hydrogen peroxide or other mouth wash, both of which are unsafe for your general health. Exercise some level of caution while trying out this method.

If you have around a day or more before the drug test, we have great news for you. It is time to eat all those fat-rich food without guilt.

As THC is known to bind itself with fat cells, consuming high-fat foods makes the drug test less accurate as your saliva contains the fat calls, too. This gluttony suggestion is excellent at easing your stress levels and also gives you a fighting chance at beating the mouth swab test.

Although fast food is filled with fat, we recommend that you go for healthier options such as nuts, cheese, eggs, avocados, and tuna. Time for a yummy Tuna and Cheese Sandwich!

What better way to go about being toxin-free than to drink lots of water?

Water is often neglected when we are discussing methods to pass the saliva drug test. On its own, it may not be very useful, but its absence can be troublesome for not only the drug test but also for your overall health.

On a similar note, it is best to avoid liquids that may induce dehydration in your body. These liquids can range from your favorite Espresso to the routine alcohol drinks.

Drinking water can be annoying. You can make things more comfortable and exciting by drinking herbal tea, fruit juice, and similar fluids. We would recommend orange juice as the citrus, and liquid profile would be fantastic against the drug test.

If you have a day or two before the drug test, then look upon effective brushing techniques and implement them. This advice may not be significant in helping you pass the drug test, but every little effort counts! Good oral hygiene can help in removing or lessening the lingering THC in your mouth.

This method will at least ensure that old fluid is not present in our mouth. Besides, adult life can make us forget these little habits, so it’s nice to catch up on these neglected activities.

You don’t have anything at your disposal. What can you possibly do?

Gargle, like it’s the last time you are doing this noise-inducing, weird activity!

As we mentioned, no one wants to give up before approaching the challenge head-on. If your employer is coming at you with a witty and strange gaze, then you can excuse him for a washroom break, and rinse for a good thirty seconds. No matter what, we all need to keep trying!

Perhaps intuitive and commonsensical, we have encountered several people who carried on being reckless even after being informed of a scheduled drug test.

That is not a good practice in any stretch of the imagination. You have to exercise self-discipline and restrain, but it is ultimately for your benefit.

Stay away from all sorts of drugs, no matter what. Stay away from friends if they make you indulge in drugs. It may be for a day or even a week, but it’s worth it.

On a side note, you can satisfy your guilty pleasures (in the form of junk food) and practice good oral hygiene to keep yourself distracted from any drug cravings.

Saliva drug test has its share of positives and negatives for the ones who have to go through the process. But it is one of the easier tests to pass. All you need is the required time, luck, and dedication to implement most of the remedies and suggestions we mentioned in this guide.

It is best to stay away from the conventional ideas that require the consumption of vinegar, cranberry juice, and goldenseal.

These methods are neither viable nor recommended because they are either merely outdated or common myths. It is best to be wary of these techniques.

The bottom line is that you can surely pass a saliva drug test. With the newfound knowledge in your arsenal, it is up to you to follow them to receive the vital results. The process can be tiring and exhausting, but in the long-run, you will pat yourself on the back for having read our useful guide!

How To Cook With CBD Flower At Home?