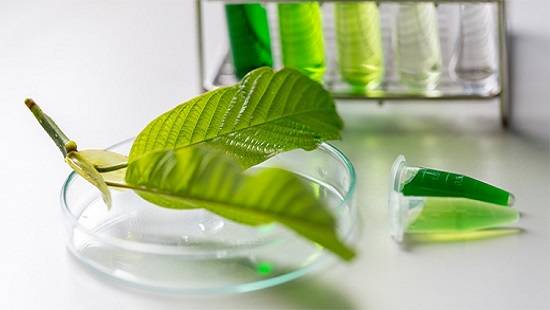 Are you curious about the health benefits of Kratom and why is it called a miraculous herb? All the hype and controversies about Kratom is linked with its potential to stop craving for opioids among addicts.

Better known with the names of Kratom and Ketum, it is a tropical tree grows in different regions of Southeast Asian countries like Malaysia, Indonesia, and Thailand.

Scientifically known as Mitragynaspeciosa, this healing herb is gaining popularity among the masses, as a supplement. In ancient times, people used it to combat tiredness and increase their productivity after great hard working.

The ancient healers prescribed Kratom due to its various medical benefits, and many used it for treatment of illegal drugs addiction, pains, fever, diarrhea, and even diabetes. [1]

Two alkaloids, Mitragynine and 7-hydroxymitragynine present in Kratom tree leaves produce sedative and stimulant effects in the human body. These alkaloids react on the opioid receptors which then triggers the analgesic pathways in the bodies.

As a result, certain chemicals have released that play a role in suppressing pain signals. Kratom tree leaves can either be chewed directly or can be taken in the form of a beverage on in powdered form.

Let’s have a look at some of the amazing health benefits of Kratom tree leaves:

In 2017, a study was conducted that showed the role of Kratom as an effective painkiller is gaining humungous popularity these days.

A mild dose (3-6 grams) of Kratom great painkilling effects that are significant in reducing physical pain. The effects of a mild dose of Kratom last up to 6 hours. Kratom tree leaves are considered like morphine for their painkilling trait. [2]

Kratom is believed to act as a sedative at extremely high doses which results in the decrease of energy levels of the human body. On contrary to this, low doses of Kratom enhance energy or can act as a stimulant.

Several studies have already shown that if you are suffering from any mental or physical disorder that makes you lethargic or drains your energy, consumption of Kratom can be of great help.

Kratom also works as a stimulant when your muscles are fatigued due to some stress. Kratom has a role in optimizing metabolic processes and increasing blood circulation for providing energy. [3]

Whenever you are feeling low, you need a mood lifter, right? Kratom is the one. Every single strain of Kratom can be a mood lifter. Role of Kratom as mood lifer has been studied in various studies. At low dose levels, all Kratom strains can enhance your energy levels and bring ecstasy.

The dose of strains is important because at low levels they have an uplifting effect, but at high levels, they can cause a sedative effect.

Some Kratom strains such as Bali and Borneo are used by people for enhancing confidence levels and lifting moods. For positive moods, the dose should always be kept low. [4]

If you are having issues with your sleep patterns, Kratom should be your go-to product. As already discussed above, consuming high doses of Kratom imparts a sedative effect on the human body and allows a person to go into deep sleep and feel relaxed.

Research has shown that even if you are facing serious issues like insomnia, Kratom helps you get away with it and therefore helps you to enhance your ability to function properly during the day. [5]

An online survey conducted in the US stated that Kratom tree leaves are very effective in treating different types of anxiety disorders by reducing its levels. It can also deal with social anxiety.

The low dose of Kratom is said to be a source of wellbeing as it helps a person to get rid of panic attacks by reducing physical symptoms such as sweating and tremors. [6]

Although Kratom is not opiate, Kratom has this ability of binding with the receptors where it imitates the action of opiate and helps to reduce cravings.

At higher doses, it acts as a sedative and helps to reduce body pain. Above all, previous studies have justified that Kratom has also got the ability to reduce symptoms of withdrawal like shaking, cramping and nausea. [7]

In April 2017, a survey was carried out its outcomes stated that Kratom not only treats chronic pain but also has the power of improving cognitive function.

The boost in the performance comes about because Kratom improves the mental process. Consumption of Kratom can help you in improving your focus for important tasks. You can consume Kratom for keeping your focus on studies or doing other detailed work.

Low levels of Kratom can cause reverse effects and makes you lazy whereas, at higher levels, it promotes the release of an extra amount of acetylcholine in the body that improves mental sharpness. [8]

If you are suffering from inflammation conditions like osteoporosis and arthritis, you can seek help from Kratom. Kratom plays a significant role in reducing pain and swelling that improves the chances of healing. Inflammation causes stress on muscles and bones.

The low dosage of Kratom on a regular basis acts as an anti-inflammatory product and increases the chances of recovery. This role of Kratom is also justified by research conducted in 2017. [9]

Many studies have found that Kratom tree leaves have the ability to reduce stress. As Kratom binds with opiates and produces serotonin and endorphins, it plays a role in improving your mood and ultimately results in a reduction of stress.

When you are physically relaxed, and mentally at peace, you don’t feel stressed out. Kratom reduces stress only when consumed in low doses.

Kratom regulates the flow of blood and improves oxygen level in the body, giving a burst of energy. This makes your body stress-free. [10]

Research carried out in 2009 studies the use of Kratom tree leaves in boosting the immune system. They are the source of antioxidants with antimicrobial activities. Some studies have predicted that Kratom has certain combinative effects that increase the resilience and strength of the immune system of the body. (11)

12) Used As A Sexual Stimulant

Kratom is a source of energy for the male, particularly laborers. Kratom regulates the flow of blood and gives extra energy to the body that boots fertility in male individuals. It also increases the intercourse time males.

A study conducted on the effects of short-term ingestion of Kratom on mice gave the outcomes that, it acts as a sexual stimulant in both men and mice. (13)

13) Role Of Kratom For The Treatment Of Diabetes

A study published in 2015 stated the use of Kratom as a remedy for diabetes. Kratom has the ability to reduce blood sugar levels. This benefit of Kratom tree leaves is not much known by many people.

Alkaloids present in Kratom leaves play a role in regulating glucose and insulin levels in the blood, causes a hindrance in the occurrence of diabetes. (14)

14) Used As An Anesthetic

As already discussed, Kratom induces relaxing effects on the mind and body. Role of Kratom as an anesthetic for medical treatments has been reported in the study. (15)

Clinical and Pharmacological assessment of Kratom in 2017 stated that it fights against obesity. If you are into the habit of binge eating, you don’t need to worry. Kratom helps you to reduce appetite and lose your body weight.

Kratom interacts with the hypothalamus of your brain which regulates your appetite and gives you a signal to stop eating when you are full. Obese people can reduce their appetite. This helps to keep their body toned. [16]