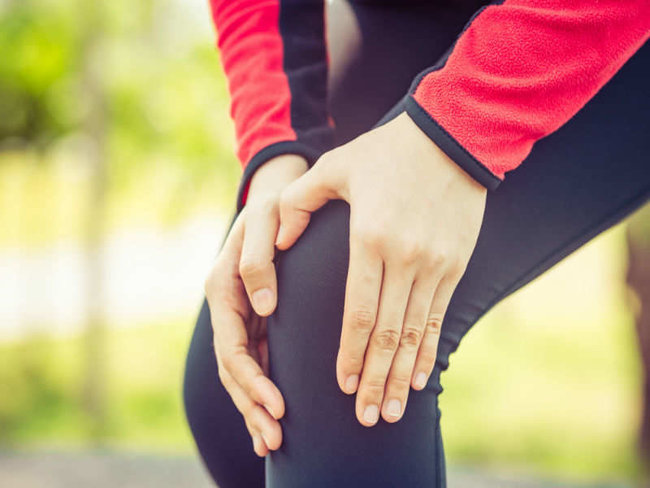 According to the CDC, there are 54 million Americans who have arthritis pain. Another survey has shown that over 10 million UK residents suffer from different forms of arthritis.

Despite such a widespread ailment, doctors have not yet been able to devise a proper treatment. All they do is prescribe medicines to relieve pain or reduce inflammation. Moreover, using pain killers have resulted in widespread opioid addiction.

In such circumstances, people have started to use alternative medicine to cure arthritis pain.

CBD oil is one of the best alternative remedies that people have been using to cure arthritis pain. But, is it safe? Is there any scientific evidence to support the claim that CBD actually works? Are there any side effects?

Before you, is a detailed report on all of the questions above and more, to tell you exactly what CBD oil is, how it works, and more:

What is CBD oil?

Cannabidiol (CBD) is among the 113 cannabinoids found in the cannabis plant, Cannabis sativa.

Unlike marijuana, CBD is not psychoactive. Why? Because most CBD is extracted from the hemp plant that contains little to zero THC (the chemical found in cannabis that causes high and psychoactive effects).

CBD is extracted from the cannabis plant and diluted with a carrier oil.

The FDA approved Epidiolex, a cannabidiol drug, for treating epilepsy, in 2018. According to Reddit users, Industrialhempfarms is one of the trusted seller, who is manufacturing pure CBD oil.

How does it work?

CBD affects the compounds in the ECS; for example, it keeps the ECS from absorbing anandamide (a fatty acid, neurotransmitter that regulates pain). Therefore, levels of anandamide increase in the blood, which helps relieve pain.

How to use CBD for Arthritis Pain?

According to a survey of 2500 people conducted by Cannabis and Cannabinoid Research in July 2018, the top conditions people use CBD oil for are chronic pain and joint pain. The survey reflects that people are not satisfied with the prescribed medicine, and they are trying CBD oil to relieve their ailment.

But, does CBD oil actually work?

Scientifically speaking, we don’t know yet.

However, in a study conducted by the European Journal of Pain, a topical gel that contained CBD was to rats for four days. The results revealed a notable reduction in pain and inflammation. Furthermore, no side effects of CBD were noted.

Observing that people cannot wait for science to confirm the anecdotal evidence of the benefits of CBD oil, the Arthritis Foundation has presented a guideline for people with arthritis pain so that they can safely use it. Here are the most crucial points from the guideline:

Following are some of the best CBD strains for arthritis pain available in the market:

Manufactured by the Stanley Brothers, Charlotte’s Web is one of the most widely used and trusted CBD oil in the United States. The CBD is extracted in their family farms using the CO2 method and considered to be the purest CBD oil available.

Endoca is widely known as an eco-friendly company that produces some of the best quality CBD oil capsules in the market. Endoca also uses the CO2 method to extract CBD from hemp. Endoca CBD capsules are perfect for patients that do not like the taste of CBD oil.

Kanibi is a Utha based company that is new in the market but is already quite popular owing to its high-quality CBD oil. Kanibi CBD oil, apart from CBD, contains other cannabinoids extracted from the hemp plant. Moreover, their CBD oil has TCH below the 0.03% mark.

How long does it take to work?

When CBD oil is ingested, it first passes through the digestive tract, where it is broken down into two categories i.e., digestible and indigestible. Some CBD along with undigestible components, will immediately go to waste as they would not enter the bloodstream.

So, the CBD that actually enters the blood and eventually reaches the ECS is called the bioavailable CBD.

Whereas, the excess CBD not readily absorbed in the blood will get stored in the fat cells. Once it reaches a sufficient amount, this CBD will be released in minute quantities for ECS to use. It clearly illustrates that the therapeutic effects of CBD can be long-lasting.

The amount of time it takes CBD to take effect depends on several factors, some of which are listed below:

Oral ingestion (by capsules or tinctures) takes the longest to take effect, but it is the one that shows the longest lasting effects, as well. It can take from 1 to 6 hours to take CBD to reach its maximum in the blood if ingested orally.

Other methods such as vaping, smoking, etc. might show effects sooner but are not recommended.

It is known that different people respond to CBD oil differently. The reason being the difference in weight.

Weight plays a role mainly because this single factor influences one’s metabolism and blood circulation. And both of these are known to affect the CBD in the blood.

For example, a person having more weight will have more fat. Therefore, more CBD will get stored in the fat cells. So, people that are fatter will benefit from long-lasting effects.

Is there any scientific evidence?

Due to legal restrictions, researches cannot carry out the experiments because of which there are not enough studies done on CBD for humans.

However, a researcher at the Royal National Hospital for Rheumatic Diseases carried out the first-ever study of CBD to treat rheumatoid arthritis in humans. The study revealed that the CBD-enriched Sativex actually relieved pain and inflammation. However, the effects were reported to range from moderate to mild. However, the study reported no withdrawal symptoms in subjects.

Another study carried out by Ethan B Russo in 2008 revealed that CBD effectively reduced pain and improved the sleeping cycles of the subjects dealing with chronic pain.

When it comes to anecdotal evidence, there is a wide community of users that have felt relief from their pain. However, there are some people that claim that they have not observed any symptoms at all.

Users claim that they feel their muscles relax and the pain diminishes.

Dosage of CBD for Arthritis Pain

Because there has been no regulation or experimentation regarding its use, there is no single dosage for every person. However, as advised by the Arthritis Foundation, one should start slow.

Start by taking 25mg of CBD twice, daily. Keep on increasing the dose by 25 mg every other week or so, until you reach a point where you are receiving the most benefit.

Needless to say, it is important to consult your doctor before taking CBD oil. Try to come up with a dosage together as he/she knows your body and the type of medication you take more than yourself.

CBD oil is safe to use, especially when taken by mouth. Nevertheless, there are certain side effects that can occur and are more likely to occur in higher doses.

These side effects are not life-threatening, however.

The known side effects of CBD oil are listed as follows:

Most users tend to take CBD before sleeping because most of them feel drowsiness after taking CBD oil.

Due to lack of research, pregnant or breast-feeding women should avoid using CBD as there may be some unknown risks associated. Furthermore, most CBD oil products are known to contain other substances that can pose great risks.

As far as anecdotal evidence goes, CBD is safe for kids to use but in lower doses. A safe dose would be 10 to 20 mg daily.

If you are diagnosed with a certain disease, it is better to consult your physician before taking CBD because CBD is known to make certain conditions worse. For example, patients of Parkinson’s disease have reported that CBD makes their tremors worse if taken in higher doses.

The legal aspect of CBD is actually quite tricky.

According to the 2018 Farm Bill, it is legal to grow hemp, from which CBD is extracted. However, the DEA still lists CBD as a Schedule 1 substance (a drug that has no scientifically accepted medical use and a potential to be abused), due to which its access is highly restricted.

Moreover, the FDA approves Epidiolex (a medicine containing CBD), which clearly shows that CBD has medicinal effects. Ironically, the DEA itself lists Epidiolex as a Schedule V substance (least restrictive substance) despite the fact that it is basically CBD.

The sale and purchase of CBD are not strictly regulated. But one should ensure that there are no restrictions in the area they live in.

When it comes to drug tests, there is no surety that you will pass or fail it. Nevertheless, there have been cases where employees have lost their jobs because they failed the drug test. So, it would be best to talk to your boss before taking CBD so that there are no complications in the future.

Even though CBD is technically illegal, its sale is increasing day by day. Today, you can buy CBD anywhere from a pharmacy to a gas station. And that is exactly why one needs to be conscious of where one is buying CBD from.

Because CBD is not being regulated, its quality can vary extremely. Some products have been known to contain zero CBD, while others had more than the amount printed on the label. Some products even contained certain levels of TCH that were not indicated.

Therefore, it is crucial to ensure that you are buying CBD from a trusted source that tends to maintain the quality of its products and gets it tested by an independent entity. And if you are buying from a physical place, it is best to buy it from a pharmacy where you can consult the pharmacists regarding the quality and quantity of CBD. Refrain from buying CBD from places like gas stations where even the shopkeeper doesn’t really know what he is selling.

Where To Shop CBD Oil In New York As A Tourist?

The Law on Cannabis Seeds in the UK – Legal or...