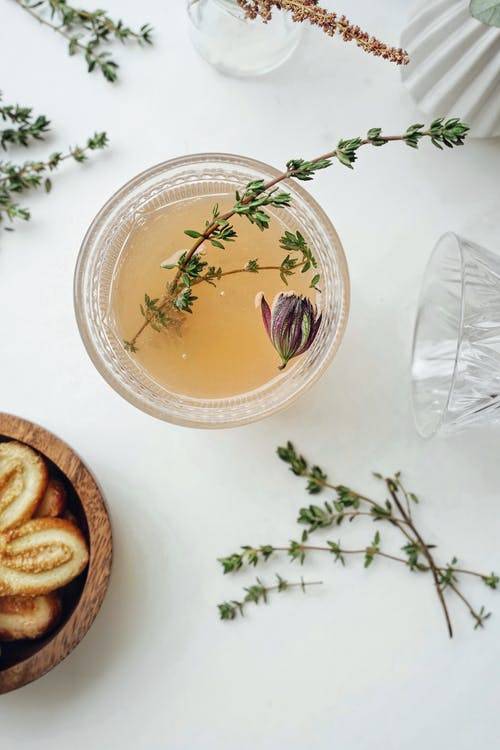 Bloating is a common digestive problem that is defined as swelling or enlargement of the abdominal area due to the presence of air or gas. The abdomen or belly may feel full, tight, and hard to touch.

Belching and burping might also be attributed to bloating and distension. It is labeled as a heterogeneous condition because it might be a result of varying pathophysiological mechanisms- that are not easily detectable.

Avicenna regarded inappropriate diet and lifestyle, gastrointestinal issues, and other reasons to contribute to bloating.

A telephone survey was conducted in the United States to estimate the severity and other factors in people with digestive issues.

Among 40.5% of individuals that reported digestive issues, around 15.9% complained of bloating.

The majority of the respondents had moderate to severe symptoms. However, as compared to men (10.5%), more women (19.2%) complained about bloating or distension.

How Severe a Problem Can Be If Not Treated Well?

The severity of the problem is linked to a patient’s quality of life. Some conditions, like gastroparesis, might present with severe bloating issues.

Additionally, aerophagia and eating disorders should be considered during the diagnosis of bloating.

If this condition is left untreated or not treated well, it might lead to other complications.

These complications may include:

However, further research is needed in this regard. Some physicians also consider that bloating and distension might be the symptoms of Small Intestinal Bacterial Overgrowth (SIBO).

How Do Detox Teas Help to Cure Bloating?

A number of healthy approaches are used to detoxify the body, including taking antioxidants via diet, adequate water intake, cutting excess sugar and salt from the diet, consuming healthy food, etc.

Another traditional means of detoxification adopted by a large population is drinking detox teas.

Other than detoxifying, these herbal teas may prove to be quite helpful in relieving the poor digestive symptoms.

Therefore, people are inclined towards it as they receive the goodness of natural ingredients along with the symptoms’ relief.

According to a study conducted to determine the use of Complementary and Alternative medicine (CAM), herbal therapy was one of the most commonly used therapies.

It usually involved the consumption of herbal tea or infusion.

Chinese Traditional Medicine (TCM) also supports the use of natural, herbal diet and supplements for a healthy body.

Following are some strong detox teas that might help you cope with your belly bloat and other digestive discomforts- leaving you all relaxed and eased.

Food and Drug Administration (FDA) has recognized ginger as a ‘safe’ food additive.

However, other than being famous as a spice in meals, ginger is used globally for therapeutic purposes.

As a carminative, it reduces the pressure on the sphincter in the lower esophagus and lessens the intestinal cramps.

Its main components, gingerols, and shogaols increase gastrointestinal activity. Its antiemetic property is linked with its carminative effect as it helps to excrete intestinal gas.

A randomized trial supported this idea when its results showed that ginger induced antral contraction and gastric emptying in healthy individuals.

Another clinical trial carried out on functional dyspepsia patients showed the effect of Prodigest (a mixture of extracts of ginger and artichoke) on symptoms of the disease.

The symptoms include nausea, bloating, and epigastric fullness, and pain. The results showed that the symptoms improved significantly.

Drink ginger detox tea to receive such benefits of ginger and overcome issues of bloating.  You can neutralize its sharp taste by adding any natural sweetener, like honey or maple syrup.

Fennel has been used in food as a condiment for over so many years. This flavorful spice offers myriad health benefits, which primarily includes relieving flatulence after a heavy meal.

A research article showed its effects to eliminate bloating and gas and improve the G.I tract.

The fennel seeds make a strong, aromatic tea with a touch of licorice-like taste. Mix a few fennel seeds into hot water and let it rest for a few minutes. Your fennel detox tea is ready!

If you are not a fan of its taste, but your gastric issues call for it, you can add a few drops of lemon or honey to enhance the flavor.

However, it has a high FODMAP profile. So, consider asking your physician first if he has advised you to follow a low FODMAP diet.

Peppermint tea is one of the most popular among the people who religiously consume tea.

Additionally, it offers numerous benefits in the form of its essential oil that is widely used in medicinal preparations.

It provides cure by its antiviral, antimicrobial, antitumor, and antioxidant, and antiallergenic activities.

Research studies have shown numerous effects of peppermint on the immune system, nervous system, pain-relieving, and against cancer.

Also, it relaxes the gastrointestinal environment.

The tea brewed from fresh peppermint leaves has its own distinct aroma and taste. There are no adverse effects of peppermint tea yet reported.

However, there are still studies going on in this regard.

You can avail the benefits of peppermint tea in the evening whilst soothing your body with every sip.

Turmeric is one of the potent anti-inflammatory, anti-bacterial, and antioxidant spices. Hence, it has been used ever since for various purposes, in milk or tea.

It is widely used in cooking, especially in the South Asian region.

One of its main compounds, Curcumin, elevates the wound healing process.

Among providing plenty of other benefits, it is quite useful to overcome indigestion and bloating, and gas discomforts.

Make a hot cup of refreshing turmeric tea by either dissolving powdered or fresh turmeric in hot water.

You might know that green tea is full of antioxidants, polyphenols, and bioactive compounds that the body needs. What you need to know is the following:

An animal study found that it treats the symptoms of gut ulcers and the issues associated with it.

So, isn’t green tea one of the best options to take after a meal?

As the name indicates, its taste resembles that of the lemon.

It is also known as the Honey Plant. It might be helpful to improve brain function, alleviate stress, improve sleep, and induce antiemetic effects.

According to the European Medicines Agency’s assessment report, different herbal preparations of the plant showed effectiveness for gastrointestinal issues, like flatulence and bloating, when traditionally used.

However, human studies are needed to support its effects on digestive and other issues.

The lemon balm tea will give a tangy kick to your taste buds. It might be the favorite detox tea for the ones who like sharp flavors.

However, you might drink as it is or adds honey to balance the taste.

The different preparations of the plant are developed considering its huge benefits. They are widely consumed to treat some serious conditions like,

According to some pieces of evidence, it might be useful to promote digestion and decrease the risks of developing gastrointestinal disorders.

A supplement, Iberogast, consisting of chamomile along with other herbs, is considered useful for reducing ulcers and pain associated with the gastrointestinal tract.

You can enjoy the goodness of the chamomile tea by following two simple steps:

Rosemary is an evergreen herb that belongs to the mint family. It is used as a culinary spice like other members of its family.

It possesses antidepressant, anti-inflammatory, anti-cancer, anti-diabetic, antioxidant effects, etc. It inhibits tumor development in various organs of the body, including the stomach.

Additionally, it is beneficial for the body’s digestive system as it balances the gut flora. The balance of the gut microbiota helps in promoting digestive health.

So, people tend to use rosemary for indigestion and reducing bloating and gas.

Enjoy the benefit of Rosemary with a cup of pleasantly scented and flavored tea.

Having read the various detox teas and their benefits, you might want to include one in your daily routine. And why not?

Who would want to overlook a safe, effective, and economical option?

With plenty of other benefits that they offer, they can be beneficial in terms of relieving your digestive woes. And that includes your bloating issues too.

It is better to go for these body-friendly drinks along with few lifestyle modifications.

And you will see the change!

If you are allergic to any of the detox teas mentioned above or if it is contraindicated in your condition, remember to consult your physician first.

My Kratom: Your Most Trusted Kratom Partner

Can You Have Kratom When Pregnant?