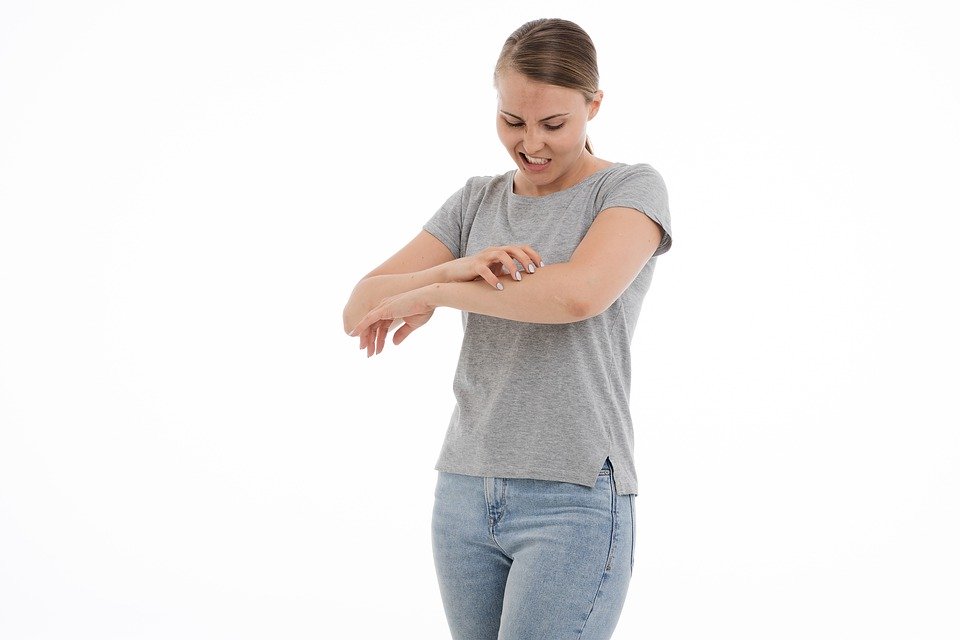 Nobody likes runny nose and watery eyes, but we cannot help it when one fell prey to allergies. Most of us have at least once in a year fall victim to seasonal allergies.

Though we have ample of medication available in the market, they all end up making us drowsy or paranoid.  Recently a promising new compound has emerged in the market, cannabidiol. It is becoming the hot favourite compound for treating many ailments from depression to allergies to hair loss.

Cannabidiol or CBD is found in Cannabis Sativa and makes up to 40% of the plant’s extract. It is rapidly growing in the market due to its magical medicinal properties.

What is an allergy?

We are talking about the use of CBD in treating allergies, but what are allergies and how they are caused, and what harm they do to human bodies. Allergy is a chronic condition, which is usually caused by a harmless substance called an allergen. Allergen can be anything like pollen seeds, dust mite, moulds, or it can be found in food like dairy products, peanuts, nuts etc.

Allergy can lead to a wide range of symptoms including:

Allergies are identified usually by running a few tests, which includes a Blood test, Patch test or skin prick test.

What type of allergies CBD can treat?

CBD provides relief to allergic symptoms in the following way:

Histamines are the culprits for causing allergies. When your immune system encounters any foreign particle (allergen), it starts a series of chemical reactions, which ends up in releasing histamine. However, this chemical is released to defend the body, but it also results in allergic reactions.

CBD acts as anti-histamine compounds, which means that it blocks the effect of histamines, which all the anti-allergies do. It will prevent all the reactions, which are caused by the release of histamines like sneezing, coughing, runny nose or watery eyes.

Allergies often lead to a certain type of inflammations. Like if, you are allergic to dust or pollen seeds, then if you encounter them it will cause the inflammation of your nose lining or your respiratory tract lining.

That is the reason you feel congested, and your eyes are watery all the time during allergy. CBD is found to have anti-inflammatory properties, which is why taking it in the allergy will suppress inflammation-related symptoms.

Hives and eczema are the common skin rashes that are formed as a result of any allergy. Skin reaction typically occurs when your body or skin comes in contact with an allergen, resulting in big red bumps.

CBD is available in topical forms like creams or lotions and performs the same function as corticosteroids creams.

Other ways to allergy relief

It is always suggested not to rely entirely on CBD only. Therefore, by using some easy and practical steps, one can reduce the symptoms of allergies quickly.

If you follow these steps religiously, then your chances to encounter any allergic reaction is reduced remarkably.

As mentioned earlier, CBD is obtained from cannabis and hemp, but there is a whole lot difference between both of them.

Could CBD trigger an allergic reaction?

In an ideal scenario, people can have an allergic reaction to CBD just as they will get allergies from dust, pollen or nuts. Over the past few years, the CBD induced allergic reactions have increased due to the increase in cannabis use. Anyone who is allergic to cannabis or marijuana will be allergic to CBD as well.

A person can become allergic to CBD by

Some of the symptoms of CDB allergies are as follows:

If anyone encounters such symptoms, seeing a doctor immediately is a must. The symptoms might reduce as soon as you cut on CBD but it can lead to some serious health hazards.

So, the truth is CBD not only treats allergies but it can also lead to various allergic reactions. Before using CBD for any purpose make sure you are not allergic to it.

Hemp is derived from Cannabis sativa and it is grown typically for the industrial uses. Its plantation is increasing rapidly and it can be made into a number of commercial products including clothing, biodegradable plastics, paper, paints animal feed etc.

Hemp contains the psychoactive compound Tetrahydrocannabinol or THC in a lower amount, usually less than 0.3%. That is why it is nontoxic in nature. It is federally legal to cultivate and use CBD derived from hemp.

Also, the CBD derived from the hemp plant is usually safer than its other counterpart. The side effects it produces are generally not serious in nature like vomiting, loss of appetite, weakness etc.

CBD obtained from the cannabis

Cannabis also called as marijuana, is also obtained from Cannabis Sativa. It contains the major psychoactive compound THC, in much higher concentration than hemp. Cannabis is used for medicinal and recreational purposes, but its cultivation remains illegal in many countries of the world, but it may be allowed under some jurisdiction.

Talking about the side effects, which are severe in nature includes tachycardia, hypertension, anxiety etc. It is often used in vaping devices for recreational purposes. It should be ingested very carefully because it is toxic.

Now the question comes which form is more potent? There is a misconception that hemp-derived CBD has no effect, which is wrong. It may contain very less percentage of THC, but it still has an impact on the human body. On the other hand, CBD is not legal, unlike hemp, but the variety of treatments it offers is tempting.

Other treatments available for allergies

Yes, there are many ways to treat allergies. After your doctor has run some necessary tests, now comes the treatment. The treatment entirely depends on the severity or the type of allergic reaction. Some available treatments are:

There are numerous over the counter medications available for allergic reactions. The commonly used ones are anti-allergy. Antihistamines are widely used as they block the release of histamine and reduces symptoms like watery eyes runny nose, sneezing and coughing.

Then comes nasal decongestants, which are used to provide relief against the stuffed nose, swollen sinuses, coughing or sore throat.  Some of the nasal decongestants are available as over the counter medication, while some require doctor’s prescription.

If someone is experiencing from allergen skin reactions, then, in this case, topical corticosteroids are prescribed. They contain steroids, which are known to reduce the swelling and itching of skin. They are available as lotions, creams and emollients.

It should be kept in mind that allergic reactions can also be induced by medications, so if you are already taking some medicines make sure that your doctor is aware of it.

If the medications fail to cure the allergy, then the doctors advise for immunotherapy. In this therapy, the person is injected with gradually increasing doses of the allergen, to which he or she is allergic.

The gradual increase of the allergen will make the immune system less sensitive to the allergen by producing a ‘blocking antibody ‘which will overall reduce the symptoms of the allergy, the next time the person encounters such allergen.

Serve allergic reactions causes anaphylaxis, which occurs, when the allergen attacks the body suddenly and severely, that the body goes into a state of shock. If untreated, it can lead to coma and in most cases to death. The person should immediately be injected with epinephrine, which is specifically crafted for treating anaphylaxis.

The market is loaded with CBD infused products and people are buying them. Some of the products that have CBD in them are:

Kratom 15x Extract Powder: The Prominent Features You Must Know

Yellow Maeng Da Kratom – What Should You Know?