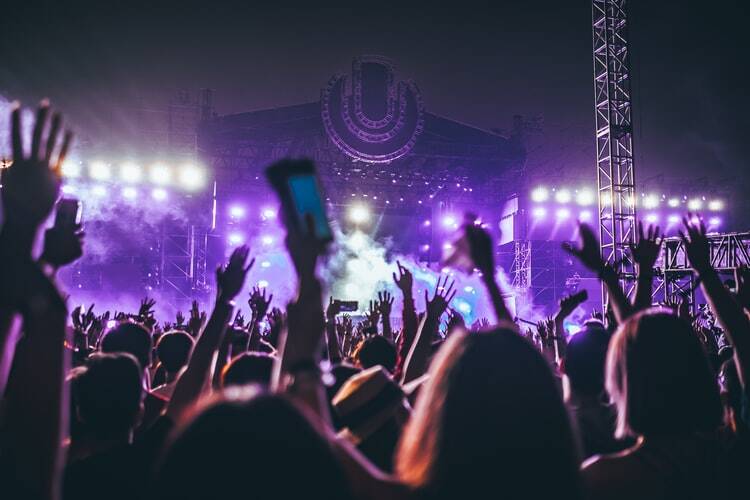 In this era of modernism or if we date back, music has always been omnipresence due to its potential to revoke our emotions. No doubt, emotions vary from person to person, but music is almost always inducing a euphoric response ranging from being full of Energy and being excited, want to dance, or being somber, and tears come down, or in a state of calmness.

Why such a euphoric response??

Yes, that’s the right question to ponder upon. But it has a very genuine answer, just like other activities, music is also accompanied by our brain’s autonomic and psychological as well as one’s physiological component, which one can feel physically as “chills”.

How does music make us feel euphoric??

Though tons of data on how music elevates/ depresses our states of mind isn’t available. But according to some researches done in the recent past, it is noted that in a state of “chills” there was an increase in heart rate and respiration.

The reason behind this increase in heart rate and respiration is basically stimulation of our brain’s limbic and paralimbic areas, which are mainly concerned with our emotions, arousal, food, sex drugs, and reward response. And upon stimulation, it releases a neurotransmitter named “Dopamine” which forms the basis of “euphoria”.

Why would a sequence of sounds with no obvious survival value do the same thing???

The truth is no one knows…

But as our researchers did a lot of studies to correlate the cause and finally a well-accepted theory by all, “How we process it mentally” dates back to 1956, states “emotions in music is all about what we expect and whether or not we get it”.

But the same philosopher drew on the earlier psychological theory of emotion, stating “emotion arises when we are unable to satisfy some desire”. These emotions can be either anger, somber, or frustration, but if we are done with whatsoever we were looking for, it’s obviously a big reward.

Again causing the euphoria and desire to get more and more is the nature of humans for survival.

Is there any relation between weeds and music???

Yes!! There is a definite relation of music that makes one feel high to some weeds, such as cannabis/marijuana. Cannabis is commonly called “smoke weeds”, and these have been used by so many people and have found positive results.

How does cannabis/marijuana do so??

We all know very well about marijuana and cannabis and its wonderful effects. So when one uses marijuana or cannabis with music, then this works perfectly. Both increase the dopamine levels, and so does the music, what a Dopamine surge!!

Marijuana directly increases the dopamine levels in the brain but only for shorter periods. Cannabis does not do so directly, rather indirectly.

So by inhibiting what inhibits the dopamine release, cannabis can indirectly increase the dopamine levels. Just like a mathematics question, minus plus-minus is equal to plus.

Does cannabis cause dependence??

Cannabis in either form does not cause physiological dependence, but it has some psychological dependence. Since its chemical nature is not habit-forming, it doesn’t have harsh physical symptoms like cigarette smoking and alcoholism.

And its psychological dependence is only when a person uses it for longer periods of time, for example, in less quantity or sufficient.

List of top songs that makes you feel euphoric

There are varieties of songs that can make you euphoric depending upon your taste, emotions, and what you have in your song list.

A study recently published by Nature neuroscience used different songs ranging from techno to classical to jazz to see different music’s effects. And guess what?? Results were so pure, depending upon the taste, as discussed earlier. But there were some songs whose results were generally unremarkable despite being of different categories.

Here, we have made a list of 10 songs and their tube links extracted from that study and general population survey studies done by researchers.

1. A Professional Gun – The Mercenary: L’Arena

This is an Australian band as a cross between John Lennon and Pink Floyd and a multitude of songs by Tame Impala that one can listen to overtime and time. This song was from their 3rd album, released in 2015.

3. Glass Animals – The Other Side of Paradise

This band has gained fame from their live concerts, which involve dance- heavy versions of their songs. This song is from their 2nd album “How to be a human being” who was released in 2016”.

4. Storm, by Godspeed You! Black Emperor

Godspeed You! Black Emperor is a Canadian experimental music collective which originated in Montreal, Quebec, in 1994. The group releases recordings through Constellation, an independent record label, also located in Montreal.

Clair de Lune is French for “light of the moon”, or “moonlight”

Yann Tiersen (born 23 June 1970) is a French musician and composer. His musical career is split between studio albums, collaborations, and film soundtracks.

7. John Coltrane – In a Sentimental Mood

John Coltrane is the legend of jazz music.‘In a Sentimental Mood’ is proof that it isn’t just modern artists who gain fame from another person’s work. Duke Ellington originally recorded the song in 1935, but he recorded a version with Coltrane in 1963.

8. The Doors – Riders on the Storm

Band: The Doors
Album: The Very Best of The Doors

This brand is so awesome when talking about stoner music.

‘Riders on the Storm’ is part of the group’s sixth studio album, L.A. Woman, released in 1971. It was the last album featuring Morrison.

I won’t say that this list would have NO songs dedicated to marijuana! Kid Cudi is an American hip hop artist, and he doesn’t hide his love of ganja on this track.

‘Marijuana’ is on Kid Cudi’s second studio album, Man on the Moon II: The Legend of Mr. Rager, released in 2010. The song itself is an ode to weed and is famed for being exactly 4:20 long. In case you are in doubt as to the purpose of the track, Kid Cudi even says ‘and 4:20’ right at the end.

‘Marijuana’ includes a small electric guitar solo to mix things up a bit. Kid Cudi later revealed that he stopped smoking in 2011 because he was frustrated with stoner culture.

When we talk about modern Era’s version of Snooop Dogg, what comes in mine?? Yess Yess wiz khalifa!!

This song “Never Been” is from their album kush and Orange juice, released in 2010. Even you can listen to the whole album while high; this album is specifically designed for smoke weed lovers. All songs in this album talk about smoking, marijuana, partying and attractive women, and much more!!

From the recent studies and surveys, it is now certain that music has effects on once mood and makes a person “EUPHORIC”. The mechanism underlying is Dopamine surge. There are some herbs, such as smoke weeds (cannabis), marijuana, etc, which can also cause dopamine surges directly or indirectly, causing euphoria/sense of being high!!

This type of music will cause euphoria generally depending upon one’s taste and choice, but some songs typically cause euphoria in the majority. These songs are listed above with a little detail.