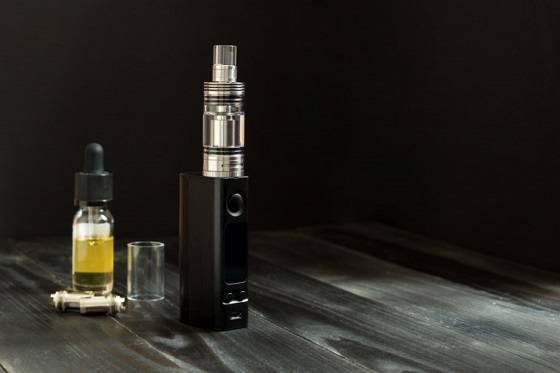 After tobacco, marijuana and CBD are the second most widely used substances in the United States. Tobacco consumers know that there is a serious risk involved, but does marijuana also cause serious and irreversible problems like lung diseases?

A few years ago, e-cigarettes made their way into the market as a safer way of consuming tobacco and organic substances like marijuana.

People switched to this method of smoking instantly, and we saw people on trains, buses, and even in office buildings, using e-cigarettes instead of conventional smoking cigarettes. Using an e-cigarette, or a vaper is becoming common among teenagers as well. These devices have caused a significant rise of nicotine usage among younger people.

During recent years, there has been a surge in smoking through vaping pens and e-cigarettes while the unwanted side effects and discomfort have led to several users getting hospitalized. Simultaneously, there is a lot of research being done on the benefits and dangers of vaping.

Seemingly, it is a harmless practice as it uses steam, which is water vapor. However, there are many other factors which do not play in favor of vaping.

Vaping is inhaling an organic substance with steam produced by heating liquid which combines with the natural material in the vaper. This method is scientifically considered less dangerous as a traditional cigarette causes a lot of tobacco combustion that results in carcinogenic chemicals entering the lungs.

However, vaping is not as safe as it seems. Many people who use e-cigarettes and vapes have had bitter experiences due to difficulty in breathing, dizziness, and vomiting. Due to these unfavorable experiences, several users have discontinued use of vapes.

Vaping involves mixing of nicotine or THC in marijuana with solvents to deliver the chemicals in the lungs. The marijuana or hemp oil heats up during this procedure and become vapor.

However, some oil droplets cool down and inhaling them causes inflammation and breathing problems. Thomas Eissenberg at the Virginia Commonwealth University studied vaping and said that inhaling oil into lungs can cause breathing problems that can lead to death.

Another danger of vaping is that many ingredients are not even mentioned on the vaping juice packing. People think they are using pure marijuana, mixed with vitamin E oil, but there can be hidden elements as well. Moreover, Vitamin E oil has to be designed for inhaling purposes, but usually, it is not!

How Do Vaping Pens Work?

Vape pens or e-cigarettes heat a combination of liquids to enable users to inhale the organic substance in the vaping cylinder. These battery-powered pens use glycerin, propylene glycol, and nicotine with CBD oil.

While CBD oil is an excellent substance, the use of other liquids can create health issues for users. The glycerin causes the visible cloud of smoke that the users inhale. This glycerin and propylene may be safe, but nicotine and the heated impact on lungs is dangerous.

Many people wish to use marijuana and cannabis products due to health benefits. Many of them choose to use a CBD vape pen to consume the organic substance. Marijuana or cannabis smoke is not as harmful as tobacco smoking, but it is still a dangerous way of consumption. Traditional cigarettes are made of paper and lighting; it means the intake of carbon.

Along with the nicotine or marijuana cannabinoids, carbon gets settled in the lungs and becomes the cause of several diseases. Vaping is considered safer than the conventional smoking method. However, the former also has several risks attached.

Vaping CBD, Is It Dangerous?

CBD products are gaining popularity among people of all ages. In the United States, there are millions of people who use CBD in different ways for various health benefits. Several companies offer a variety of CBD products, which include vaping juices and inhalers.

Due to a significant increase in CBD vendors, the product ranges have expanded. This increase in choices does not mean that all products are regulated! Many vendors are not reliable and may offer substandard and low-quality CBD items. CBD vape oil products are one such segments.

Many companies sell vaping juice with flavoring and unknown ingredients which may pose dangers for continuous users. While CBD products are completely safe for use, the method of consumption and the unidentified chemicals used for flavoring are the critical perspective of vaping.

In June 2019, three deaths were linked to respiratory problems due to vaping. The most affected group of marijuana and tobacco vaping is teenagers, who were hospitalized for coughing, chest pain, and fatigue.

The health officials have still not determined the cause of the rise in deaths from vaping, but researchers have found several reasons to consider vaping dangerous.

An investigation in the ATS Journal states that regular smoking of marijuana causes microscopic injuries to the airways, which has symptoms similar to chronic bronchitis.

Although cannabis or CBD is not a harmful supplement, the method of consumption makes a difference. Despite this harm, there is no serious side effect of smoking marijuana, and vaping is similar. While CBD has multiple benefits for health, smoking it might cause many serious problems such as continuous coughing and irritation of the bronchus.

A pulmonologist at the University of California, San Diego, also said that vaping is not safe. She added that it could undoubtedly cause death as the lungs can be adversely affected by the smoke.

CBD or THC Cannot Be Blamed!

It was learned through the various methods of consuming marijuana, that the organic substance is not dangerous but, is beneficial for health. However, vaping is the only method that causes trouble and therefore CBD or THC, the primary cannabinoids in the hemp plant, cannot be blamed for vaping dangers!

If CBD had been dangerous, people using CBD oils, or tinctures would also complain of discomfort symptoms.

All CBD users must keep in mind that they should purchase CBD from reliable online shops and suppliers. Several people who reported coughing and other unwanted side effects from vaping had bought their CBD from dispensaries and unreliable smoke shops. There may be new ingredients or emulsifying agents that irritate the bronchus.

6 Mistakes To Avoid When Buying A Disposable Vape

How To Take Care of Your Vape?

Why are Dry Herb Vaporizers Considered a Healthy Alternative?

How To Get Started With Dry Herb Vaping?

Can You Smoke Hemp? How Does Smoking Hemp Work?

Can You Find Kratom on Amazon?