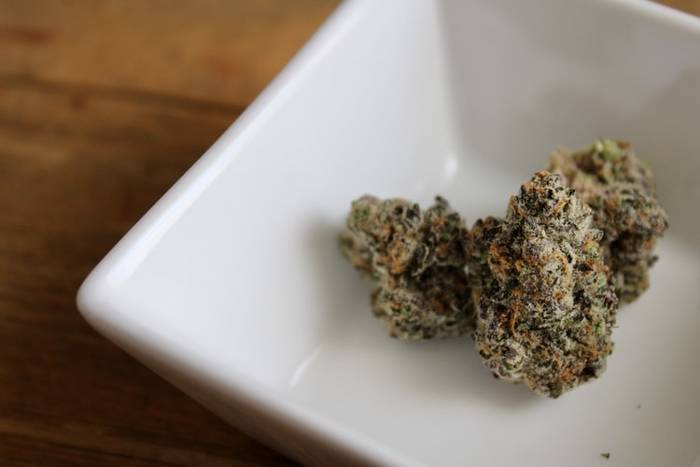 We are living in a lucky age. This contemporary era has allowed us the opportunity to take steps towards our well-being that were previously illegal. It took time but eventually, medical marijuana became legal and available for the ones who needed it the most.

Marijuana has provided to be a therapeutic product that has continued to baffle the scientists through its remarkable medical properties. The common conditions that can be treated by marijuana are as follows:

However, it must be noted that there are still laws and regulations in place. Even after Marijuana was legalized in 33 states, there were stringent steps in place to regulate the production, distribution, and consumption of this plant.

A prime distinction was made between regular marijuana and medical marijuana. Even though both the type have the same element – marijuana – but the person using had to report the purpose of usage: medical or recreational?

The usage of marijuana could fall under medical marijuana depending on the laws defined by the state. Typically, the user should be a state-qualified patient to qualify his consumption of marijuana as medical in nature. This is where Medical Marijuana Card comes into play.

Additionally, marijuana should be purchased from a Medical Marijuana Treatment Center (MMTC). From the surface, it seems simple and straightforward.

But you can expect to run into a few issues and complications during the entire process. We will provide a comprehensive guide on the end-to-end process of getting a medical marijuana card in Florida.

There are pre-requisite conditions that are required to qualify as a patient eligible for a medical marijuana card. These conditions are as follows:

Other conditions that are not explicitly mentioned in the Florida’s Statutes but they may qualify for a medical marijuana card are stated below:

If you would like to dive deeper into the area, you may consult the 381.986 Florida Statutes which provides the original document on Florida Medical Marijuana Legalization.

However, these conditions have to be properly identified and diagnosed by a qualified physician (list of doctors can be found here). You will have to inform the physician to enter your name and other relevant information in the Florida Marijuana Use Registry if the diagnosis falls under the required list of medical conditions.

This step is imperative to become a state-qualified patient. Unless your name is not available in the relevant directory, you won’t be able to get the Medical Marijuana Card.

Once you have identified and diagnose the disease that falls in the aforementioned list, you can move forward to the next step: Residency proof.

Since the definition of medical marijuana and the accompanying conditions to qualify a patient differ from state to state, it makes natural sense to showcase that you are actually a resident of that state.

To receive your medical marijuana patient card, you must provide proof of residency in Florida. For this purpose, the potential patient must submit the following documents:

The term ‘seasonal resident’ means any person who temporarily resides in Florida for at least 31 consecutive days in each calendar year, has a temporary residence in this state, returns to the state or jurisdiction of his or her residence at least one time during each calendar year, is registered to vote in another state or jurisdiction or pays income tax.

This means that even if you don’t own a house in Florida or do not reside in the state, you can still become a medical marijuana patient. But why would you wish to take this route?

The answer is simple.

Each state has its own definition of a qualified patient who is allowed medical marijuana. If you have an unfortunate condition that is not present in the list of conditions given by your state for becoming a marijuana patient, you can still become one through getting the card from Florida! Hope is not lost and you certainly have a reasonable chance to improve your life.

Further information on tentative residency can be probed on Florida Snowbirds Can Use Medical Marijuana.

Process of receiving the Marijuana card

Once you cross the initial two steps of diagnosing your condition and providing proof of residency in Florida, you have almost completed the process to receive the Marijuana card!

The final step is to simply complete the online application at The Florida Department of Health Office of Medical Marijuana Use (OMMU).

Given that you have complete documents, the entire process can take up to three weeks. The period can get longer if you have something missing. Fortunately, we have mentioned all the relevant documents that are needed for the application process.

Let’s get one thing straight. The process is not free.

When you are initially visiting the Marijuana Doctor for your marijuana examination, the medical expenses can fall in the range of $200 and $300. Unfortunately, this expense is not covered in the insurance plan, so you will have to know which physician is cost-effective.

Further visits may be legally required to ascertain the necessity for medical marijuana. In short, more expenses!

The application process has a registration fee of $75. This is above and beyond the initial physician charges. Therefore you will need to keep in mind that buying marijuana to treat your medical conditions won’t be the only expense in this entire process. Nevertheless, it is a small price to pay for better health.

Another point to remember is that the card renewal process that is conducted annually. It is mandatory to submit the relevant documents to the state authority 45 days before the card expires.

The progressive change in laws is favorable to the patients who are in dire need of medical marijuana. Despite the slightly cumbersome application process to obtain your marijuana card for medical purposes in Florida, one thing is for certain: Nothing is beyond your health and well-being!

The whole process is essentially streamlined with a dedicated department. As long as you follow our guide, you don’t have to worry too much about it. Do visit the department website if you require further information.

Is CBD An Effective Solution For Treating Diabetes?

Shopping CBD Oil Near Me vs. CBD Online