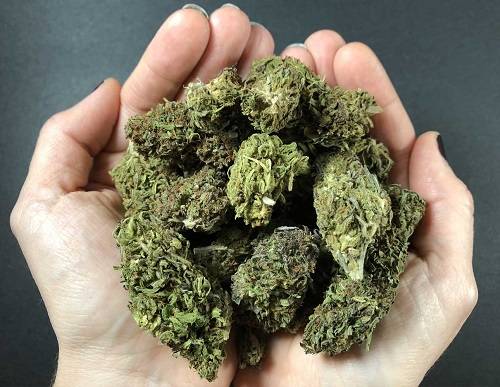 Weed Bud – you might have heard these terms several times in your ambiance. Well, the increasing medicinal and recreational usage of marijuana has led to an increase in demand.

However, despite the growing influence, many people are still in a haze of confusion about the bud’s appearance. Let’s dive further into the topic to unearth more about its appearance!

What Is Marijuana Bud?

The marijuana bud refers to the dried, edible portion of the Cannabis Sativa plant. As the weed transitions from its vegetative stage to the flowering stage, it develops a pair of white hair in the cola region, which is also known as calyx. It is the place where the marijuana bud appears in 2-5 weeks. Let’s have a look, how exactly do these buds come into being.

Growing a Cannabis plant is, perhaps, a matter of skill and knowledge. A practiced hand, sowing and nurturing the plant, based on authentic information will certainly harvest the best of Marijuana or Weed buds.

Following are the critical stages through which a Marijuana Seed eventually morphs into a bud:

When a dormant ganja seed of a particular strain gets exposed to water for more than 24 hours, it will develop a taproot. After that, it will start obtaining nutrients from the soil for further growth.

4-8 more leaves will follow the sprouting of two embryonic leaves. This development stage will last for 1-3 weeks, depending on the care provided.

The growth of this THC plant intensifies in this phase. The stem grows thicker and taller with several new nodes and branches. Most likely, the baby 8-inch tall Weed plant will become 2-4 feet tall tree. The phase will last for 3-6 weeks, again depending on the care provided.

In a span of five months or so, the Marijuana Plant will enter in its pre-flowering or flowering. It is the stage where the gender of the plant becomes evident & apparent, if not already known.

Male plants will develop green pollen sacs in the node region while the female will not. Growers aiming to use the plant for medicinal or recreational purposes must separate the males from females as the pollination process can depreciate the quality of female cola bud.

After being isolated from the male plants, the female Weed plants turn into a plant without seed or more precisely, Sinsemilla. One can recognize the Sinsemilla transition when small white hairs begin to appear in the pear-shaped bracts, present at the plant nodes.

Since the female Cannabis plants do not have seeds, they produce fake seedpods or resins in bulk amounts. At this stage, it requires loads of nutrients. However, the light intensity must be reduced gradually to maximize the medicinal and recreational chemical compounds offered by the plant.

The right time to harvest the weed buds is when the trichomes are partially opaque and when the cola buds turn reddish-orange from white.

These buds are then further processed to obtain Marijuana extracts, which in turn are used to manufacture medicinal and recreational products. Direct consumption of Bud can be quite dangerous for the body.

That’s because when parts of Cannabis plants get consumed in their original form, it takes longer for the body to react and experience THC and CBD effects. Consequently, the consumer may overdose while seeking for immediate results.

Generally, weed bud has a typical green, hairy, and sticky appearance. However, it is not the same case for every bud, and the appearance may differ according to the gender, phase of growth, and quality.

1) From Baby Bud To Maturation (Growth)

When the weed bud is in its initial stages (baby bud), they appear to be excessively hairy and resemble a puff of erect white hair. As the baby bud grows, it’s straight and upright white hair will start to curl inwards.

Also, the colour will begin to darken and thicken. At harvest, the marijuana bud becomes exceptionally dense and, almost all the hair gets curled in. The colour varies from bud to bud, though it is mainly different shades of green.

Weed buds also differ in appearance based on their gender that is female and male. The female buds have thick white hair. Whereas male buds are green, round, and pollen-filled. Usually, it is the female buds that growers keep for harvesting, and the male buds get removed.

Buds form the essence of a Cannabis plant. Perhaps, the plant would not have gained such popularity, if it were not for the buds. Thus, it is highly essential to know the quality of Marijuana or Weed buds. The quality depicts its chemical composition, and hence, the usage.

Generally, there are three significant types of weed buds, including poor quality, mid-grade, and top-shelf. To differentiate between the three, one needs to assess a weed bud in the following aspects:

Unlike better strains, the bad quality weed buds like Reggie, Schwag, and Brick Buds have low THC content and possess a skunky smell.

In comparison to mid-grade and high-quality weed buds, they do not offer the best taste and medicinal or recreational value. The dry mid-grade buds have a firmer and greener structure, while the high-quality ones are sticky, dry, and hairy.

Now that you know about marijuana or weed buds and its appearance, you can easily distinguish between different buds. Whether it be, recognizing marijuana buds based upon quality or phase of growth, you can conveniently do so by keeping these simple points in your brands. If you have any suggestions, then feel free to comment below!

Tips to Take Your Cannabis Consumption to the Next Level

4 Ways To Cook With And Prepare Cannabis

What is 420? Key Facts That You Must Know

Curious of Highest THC Strains: Here are the 6 Best List

4 Of The Best Island Bali Kratom Sellers Out There 2022

Kratom For Substance Withdrawal: 8 Key Facts You Must Know