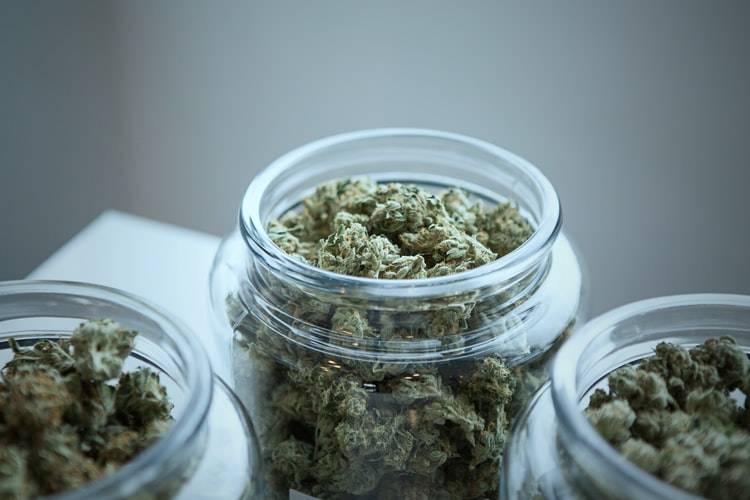 “Cannabis? The drug that can cause irreversible brain damage!”

“Smoking marijuana? Seems risky… I will pass. You should too.”

Ever heard these phrases from your buddies when you inform about your marijuana consumption?

The chances are that you have encountered such ill-informed and condescending remarks from a lot of people: strangers and friends alike.

How much truth is in those statements anyway, if any?

To discover more about the top misconceptions associated with cannabis, we have debunked ten common myths for you or you can talk to budtenders at local Portland dispensaries.

1. Cannabis can cause Brain Damage

Let’s cut right to the chase. Brain damage sounds awful, and none of us would want to risk it.

A huge deal of controversy has been up on the internet, and there is no conclusive answer to this stubborn claim of cannabis usage and brain damage.

However, a comprehensive review of the effect of cannabis on the brain stated that cannabis might only have a minor impact on the brain structure, which won’t prove fatal or irreversible.

The findings were favorable for marijuana users.

More research is indeed warranted to substantiate the claim that marijuana can actually cause brain damage. Up till now, it is nothing more than a myth.

Why would anyone consume cannabis if it can lead to death?

Forget the impact of excessive junk foods on your physical health for a while, and so many other factors common in our daily routine but have the potential to kill us.

So why would anyone make this deadly claim?

88,000 people die annually because of alcohol, and it is one of the top leading preventable cause of death.

So it makes fair sense to hold cannabis in a similar position and think of it as some death trap.

But here’s why you are WRONG.

Overdosing on cannabis is next to impossible.

You will have to consume fifteen hundred pounds of marijuana in a mere 15 minutes, and that’s not very human-like.

Unless you are a whale, so a lethal overdose of marijuana is one of those rare exceptions, and you should stay away from people chanting this impossibility.

3. Vaping is equal to Smoking?

The researchers from Public Health England categorically state that vaping is a whopping 95% less harmful than your typical smoking activity.

The primary reason is the absence of tobacco in cannabis strains and vape devices.

Since tobacco is a major contributor to health issues and it isn’t present in cannabis, you can definitely not equate vaping to smoking in any stretch of the definition.

4. I will get HIGH no matter the THC Level!

This one is a conditional statement.

You WILL definitely get high (provided that the product is top-notch) if and only if the THC level is high.

In the US, there is a legal cover of distributing hemp-produced products, which contains only a trace amount of THC; it’s less than 0.3% due to the 2018 Farm Bill.

But you go off buying high-THC strains, then that’s on you.

Getting high due to marijuana with practically no THC is not exactly possible.

The advent of CBD products, especially the isolate ones, guarantees that you will gain those amazing health benefits, while not drowning in any mind-altering effect of a typical marijuana flower.

5. Marijuana is a Gateway drug

But it’s important to acknowledge that marijuana is widely available in the market, and many people consume it.

The consumption of this drug is second only to alcohol in the US.

The point is: someone can switch to other drugs after consuming marijuana.

But it doesn’t prove marijuana to be a gateway drug.

On the contrary, in the form of an e-cigarette, marijuana was found to be a safer alternative to smoking; the latter being much more harmful than your favorite strain.

If anything, marijuana should be given credits for providing a better option for their harmful addiction.

So what if your consumption of marijuana is linked to your unemployment status or chilling with friends?

You smoke cannabis? That just shows you are lazy.

There is no empirical evidence behind this claim.

On the flip side, the findings from a research study found no relationship between cannabis use and lower motivation level.

In extension, it suggests that you won’t magically become couch surfer after smoking pot.

That is an attack on your future generation and should not be taken lightly.

Fortunately, there is only speculation and baseless talk to scare off the young generation from consuming cannabis.

You can even hear this a joke or an insult, but just remember to ignore such people.

Just keep the intake moderate and don’t become a heavy smoker. Excessive consumption of anything isn’t recommended regardless of you want to be a dad or not.

Studies have shown that no link is available to show any increase in viral, parasitic, or bacterial infections in marijuana users.

Further research would be needed to make this low immunity claim a reality, the possibility of which remains low.

9. Get ready for addiction!

Yes, you can get addicted.

No, it is not an immediate process.

Only 9% of the people using marijuana become dependent on it.

Similarly, cannabis is actually labeled as a low-risk drug as compared to alcohol, which poses a high risk of health and addiction level.

“It has a negative connotation so stay away from it.”

The first part of the sentence is true, but the accompanying suggestion is wrong.

Just because something is not well-received by the public doesn’t make it a bad product.

It is important to understand what you are getting into while smoking marijuana and the likely remarks you may receive.

But it is equally important to defend yourself if someone is talking crap about you due to cannabis-intake.

People are there to bad mouth more often than not. It is better to hold your ground instead of readily accepting what other people say.

Myths and misconceptions can be identified in every facet of life. The same goes for cannabis.

The onus lies on you to take a step back and think about the authenticity and accuracy of any claim you come across.

Cannabis can indeed be harmful if you get carried away into consuming it excessively. And the same assertion could be made for any other product around you. More importantly, it is perfectly okay to consume marijuana as long as it is legal in your state. Next time when you encounter any myths from friends, do expose their lies using this article!

Tips to Take Your Cannabis Consumption to the Next Level

4 Ways To Cook With And Prepare Cannabis

What is 420? Key Facts That You Must Know

Curious of Highest THC Strains: Here are the 6 Best List