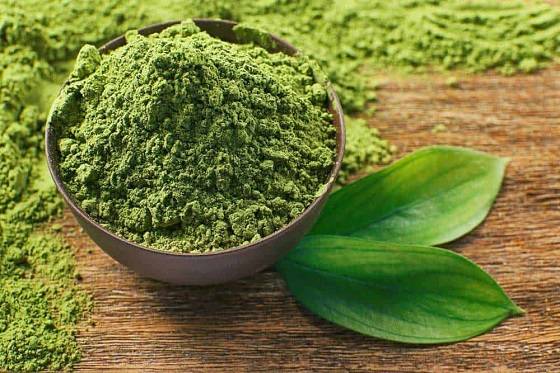 Green tea acts as a powerful tool to aid in weight loss. It has anti-oxidants which not only support fat metabolism but also improve your health and replenish your skin.

While the worth and importance of green tea is known by masses, many are still not aware about the super benefits matcha powder possesses.

As it was for me, when I first heard the word ‘Matcha’, I was curious what actually matcha powder is?

Matcha is green tea in actual, with its health benefits and properties multiplied. Both matcha and green tea come from the same plant Camellia sinensis. It is the way they are harvested and treated that makes all the difference.

Demand For Matcha Has Risen Worldwide

This stimulating and lush green tea powder has paved its way across the international tea market and has claimed a good spot for itself. It is astounding how quickly matcha powder has asserted a good impression among people.

Although green tea has been around for a long period of time now – matcha has captured the trend just lately. Cafes, restaurants and tea lovers alike have been buying matcha in bulk quantities.

Thus, there is a lot of competition among matcha suppliers to provide a better version of the tea powder.

The way matcha is grown is different from green tea. The tea shrubs are protected from sunlight for approximately 20 to 30 days before harvesting. Due to the shade, the chlorophyll levels in the leaves rise.

This augments the production of amino acids and turns the leaves into a darker shade of green.

After about a month of shield, the plant is harvested and the leaves are cleared of the stems and veins. The bare leaves are then stone-grounded into a fine powder. This bright green powder is known as matcha.

The reason why matcha powder is more powerful is because the whole leaf powder is ingested instead of just its essence. It is thus far richer in antioxidants and caffeine than green tea. This implies to the fact that matcha powder has far greater health benefits than traditional green tea.

There is three times as much caffeine in matcha than a cup of regular green tea, amount similar to that of coffee. This means that an 8-ounce cup of green tea has about 35 to 50 g of caffeine whereas a similar cup of matcha would have about 100-150 g of caffeine.

Most people, however, don’t take one whole cup of matcha due to its high caffeine content.

Rather they consume 2-4 ounces at a time for lesser caffeine intake. You also control the amount of powder you can add to a cup according to the amount of caffeine you want.

2) Matcha Can Be Added To Edibles Other Than Green Tea

Although matcha has gained enormous popularity by providing frothy and delicious green tea that is full of health benefits, it is not just limited to that. Its intricate flavor favors it to be added to other edibles too such as desserts.

3) Matcha Tea Is Easy To Make

The powder is measured using a bamboo spoon or shashaku as goes the Japanese way and poured into a special tea bowl called chawan.

Hot water is then poured into the bowl and whisked with a special whisk called chasen. Whisking is done until a smooth and frothy consistency is achieved.

Matcha Tea Can Be Prepared In Several Consistencies

Matcha tea of any consistency is easy to make using just a cup, a spoon, and a whisk.

As discussed in detail below, several studies have shed light on the reason behind the increasing demand of matcha powder. It is not only the richness of flavor and the creamy consistency of matcha that makes it increasingly popular but it is the health benefits the unique green tea powder has that have earned matcha its growing popularity trend.

Since Matcha powder is the same family as green tea, its health benefits are also similar. However, matcha can be rightly referred to as a more concentrated form of green tea since it encompasses full leaf constituents of Camellia sinensis. One cup of matcha tea brews benefits of three cups of regular green tea.

Following are the health benefits of matcha tea.

a) It’s Loaded With Antioxidants

Free-radicals produced by various chemical reactions in the body cause damage to the cells and tissues. These free-radicals are scavenged by the antioxidants present in green tea. Matcha powder is very high in antioxidants.

According to a study, there are 137 additional antioxidants in matcha as compared to a low-grade green tea and as much as three times extra than a high-grade one.

Matcha tea is particularly high in antioxidants Catechins, the most powerful one of which is epigallocatechin gallate (EGCG).

EGCG is known to have various benefits that include fighting inflammation in your body, helping maintain the health of the heart and arteries as well as promoting cell repair.

b) Helps In Weight Loss

Several studies have also supported this point, stating that green tea boosts the metabolic rate and increases the burning of fat. Also, it has been shown to protect against obesity.

However, there are studies which do not support this idea of effective weight loss brought about by green tea alone. They suggest that the the effects of green tea on weight loss are so less that they are not clinically significant.

Green tea is not only rich in antioxidants but also contains a good supply of an amino acid called L-theanine. In fact, matcha possesses even a richer supply of this amino acid than green tea. L-theanine is said to help to fight stress.

As a result of stress after a mental task, the level of chromogranin A (CgA) in the saliva increases. Research has shown that consuming green tea markedly inhibits this increase suggesting that it helps to improve mood during and after mental loads.

It has been reported that L-theanine plays a role to increase alpha wave signaling in the brain. These waves are believed to be involved in mental relaxation.

It has also been reported that when L-theonine, EGCG, and caffeine are consumed in combination, the resulting outcomes are increased alertness, satisfaction and contentment.

Another effect of L-theonine is that it increases feel-good chemicals in your brain leading to a better mood, concentration, and memory.

One of the major causes of death throughout the world is heart disease. Factors known to increase the risk of heart attack are high cholesterol level, triglycerides, high blood sugar, etc. It has been proven that matcha green tea fights these risk factors to decrease the chance of cardiovascular disease.

f) Reduces The Risk Of Cancer

Matcha is said to have a rich supply of anti-cancer compounds. Studies conducted in test tubes and animals have proven this concept.

One study conducted on rats showed that green tea extract was helpful in reducing tumor size as well as slowing the growth of breast cancer cells.

Matcha has high quantities of EGCG that has strong anti-cancer properties. Another study conducted in a test tube has shown that EGCG in matcha plays a vital role in destroying cancer cells in the prostate.

There have been other test-tube studies which have shown that EGCG effectively fights against skin cancer as well as lung and liver carcinoma.

5) All Good! Matcha Comes With Few Side Effects

There are very few side effects of matcha that might pose some risk for you if you consume it too excessively.

Unlike regular green tea, matcha powder is prepared using the whole leaves of plant Camellia sinensis. So it is likely that the powder contains everything on that leaf. The leaves might harbor contaminants such as heavy metals, fluorides, and pesticides.

Consuming too much matcha green tea per day for a long time can lead to the accumulation of these contaminants in the body. Although consuming organic matcha may reduce this risk, it does contain potentially harmful substances from the soil that can cause a problem in very large amounts.

May Lead To Kidney And Liver Toxicity

Matcha is more powerful in concentration and strength than regular green tea.

As such, it contains three times higher levels of antioxidants and other plant compounds than high-grade green tea. This means 2 cups of matcha will provide the merits of 6 cups of regular green tea.

Although its effects vary according to individual tolerance levels, plant compounds may cause nausea and symptoms of renal and liver toxicity.

Some users have shown signs of liver toxicity after consuming 2 cups of matcha per day for four months or when taking 6 cups of regular green tea daily.

Learn How To Make The Perfect Cup Of Kava Tea

Exploring What’s Behind the Growing Use of CBD Suppositories