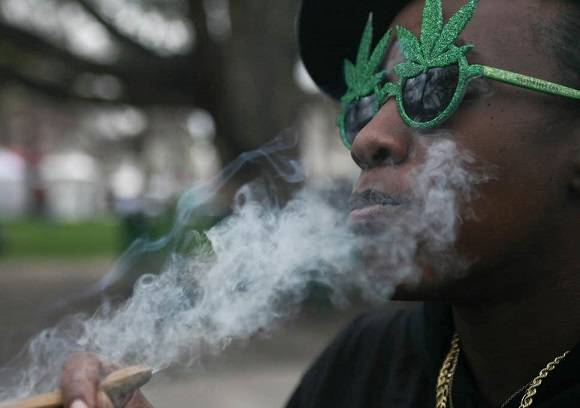 If you are an advocate of marijuana, you might have heard about the number 420. What actually is ‘420’? What is its origin? Is it a police code? Is it a number of active chemicals in marijuana or tea time in Holland?

There are many stories and myths airing about the number. Some refer 420 to be Adolf Hitler’s birthday.

Here, we are going to talk about the actual origin of 420, its history and the interesting facts about it that you must know. At first, let’s have a look at what 420 isn’t.

Although ‘420’ is does happen to be Adolf Hitler’s birthday (April 20, 1889), it is neither a police code for someone smoking pot nor it is the death anniversary of Bob Marley or Jimi Hendrix as none of them died on April the 20th. Bob Marley’s son was however born on 4/20/1971.

It is fairly a celebration in marijuana culture, gathering hoards of marijuana advocates to cherish their common interest. ‘420’ is not even the number of active chemicals in the cannabis plant. Although their actual number differs with the strains, it is a little more than 300.

On April 20th (4/20), marijuana activists far and wide gather to commemorate the cannabis plant. A year ago, thousands of people gathered in cities throughout the US to disburse marijuana in spots where it is lawful as well as spots where it isn’t.

There is a chance that you are unfamiliar with the expression “420” as it is employed in the weed culture, read on to know the 12 facts about its history and importance.

California secondary school pupils who considered themselves ‘Waldos’, gathered to search for a supposedly deserted reserve of cannabis. The students decided to meet at 4:20 p.m. at a place near the statue of Louis Pasteur at San Rafael Secondary School.

From there they set on the lookout for the plant. One of them would call the Waldos a “4:20 Louis” and all of them knew it implied that everybody was to meet at the statue to look for the weed.

Over the course of time, ‘4:20 Louis’ turned out to be simply “4:20,” and the number was perceived not as a call to hound for the discarded cannabis but a code word for pot smoking.

You might ask what lead ‘420’ to gain international recognition then? Refer to fact # 4 for the answer.

It was in 1970 when the individuals from the band the ‘Grateful Dead’ relocated to the San Rafael region from San Francisco. It was Mark Gravitch, a member of Waldos whose father used to deal with Grateful Dead’s real estate. Another member’s sibling handled Dead’s sideband.

Due to their associations with some of the Waldos’ family, Dead got familiarized with the term and adopted it and started to use it.

It was by the grace of Grateful Dead that the term spread not only across San Rafael but reached far and wide. Its spread further widened after a story about the Waldos that was published in the magazine ‘High Times’. The magazine aired one more story stating that 4:20 was an ‘acknowledged’ hour to utilize cannabis.

Ever since April 20th is celebrated throughout the world as an occasion to assemble for smoking pot. It is given away in regions where it is unlawful to sell it.

Interestingly, ‘420’ is non-existent for Europeans technically. This is because they write their dates in the format day, month and year so April 20th for them is 20/4, not 4/20.

Surprisingly, the number of a senate bill ‘Medical Marijuana Program Act’ of the state of California is called SB 420. Some believe that this was intentional.

The Colorado Department of Transportation, at Interstate 70, east of Denver, changed the 420-mile marker to 419.99-mile marker to dissuade all the potential robbers who could pick the 420 signal for their room divider.

You might not have noticed as yet, but next time if you check into a hotel, observe carefully and you will find out that a certain room number is missing. You will notice that this number is 420.

Quite a few inns have skipped that number to avoid any untoward incidence of the sign 420 being stolen or people coming to smoke pot in room # 420.

In 2012, the program The Price is Right had drawn a contestant who consistently bid $ 420 as an estimated retail price. He saw his 15 minutes of time on stage as the opportunity to show his devotion to cannabis. He only happened to deviate once that too slightly to $1420.

Ben & Jerry’s have made 4/20 a high priority each year. Since a few years, the brand has made a few promotions for 4/20. It was in 2015 that the ice cream brand launched a new dream ice cream sandwich on April 20th.

Furthermore, according to Atlanta news, the company officials reported that there is a spike in sales up to 80% in orders of cookies, chips, sweets on 4/20 each year.

There we got you covered for some interesting dinner chat tips you can laugh out with your friends!

Now if someone tells you that ‘420’ is a police code for someone smoking pot or it is the death anniversary of Bob Marley or a number of active chemicals in cannabis or marijuana, don’t believe them.

Now that you are aware of what the facts are and what’s fake news, you know what to believe and what to let others know.

Five Facts You Need To Know About Delta 8 THC Shatter

Positive Effects of Cannabis on Your Body

Learn How To Make The Perfect Cup Of Kava Tea