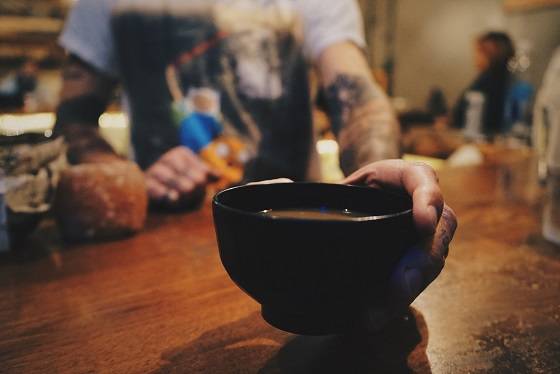 Kava kava (piper methysticum) is a tropical herb, a cultural keystone of south pacific islanders. Its roots are traditionally used to make recreational kava drinks in cultural and spiritual ceremonies to induce relaxation and calmness.

However, western researches in pharmacology identify its legitimate medicinal efficacy in many medical states.

Kava drinks are prepared by grinding the roots of piper methysticum into a paste-like consistency, incorporating it into the water, blending it well and straining the liquid through a clean muslin cloth.

The traditional technique of grinding kava roots included picking it up and chewing it to paste, but in today’s age, hand grinding is preferred.

As the popularity of Kava is increasing, more attention is driven towards its consumption for various recreational and medicinal purposes. Beginners often ask questions concerning how Kava makes one feel when taken for the first time.

Many anecdotes regarding kava kava, revolving around the internet, have stirred serious concerns among kava users.

Several myths are being associated with Kava, leaving wannabe kava-drinkers in confusion that would it be a right choice or just an added hassle to their preexisting health conditions.

There emerges a need to cater these frequently asked questions with bona fide information about the impressions of their first kava drink.

Before alighting on the veritable effects of Kava, one should be aware of different types of Kava.

There are varieties of kava types based on their origin, and chemotype that possess different potency levels.

The potency is mostly estimated by numbers of kavalactone in a specific kava product, and its related pharmacokinetics (how the body responds to it).

Pharmacokinetics (absorption, metabolism, distribution, half-life, and elimination) of kavalactones define its stay time in the body. Longer the retention time, potent will be the kava product.

A new kava drinker should keep a few essential details in mind, before toasting for their first kava drink.

First-time kava drinkers report that the feeling was quite upsetting for them. It is made of powdered roots of kava kava and looks like muddy water. Taste is earthy as it seems and so bitter that you might stifle.

First few doses are to be taken in higher strengths so that the effects may kick in, making it even tough for a beginner to gulp it down.

Effects of Kava are gentle and mild, and so as its taste which fades away as soon as the numbing takes over.

2 Slight Numbness Of Tongue and Lips

Once the drink is taken, it instigates faint numbness of tongue and lips. The sensation is similar to what you get when local anesthesia is given during root canals. This numbing experience is bearable for some, while others do not find it pleasant.

Although the effects Kava produces at first are mildly soporific, they quickly go away leaving the drinker relaxed and clear-headed, unlike potent anesthetics.

In contrast to other medicinal agents, Kava is reported to have a “reverse tolerance,” which means you have to take it in substantial doses for a couple of times to experience its psychoactive effects. It may not show results after consuming the first few drinks.

Sticking to stronger doses is recommended until it begins reducing the muscle tension melting the care away, which later enables you to enjoy the substance high to the fullest on every other intake.

Most of the drugs develop tolerance with the time, which means that the therapeutic effects attributed to those drugs appear to diminish upon every other consumption.

However, one should remember that regardless of reverse tolerance, everyone responds to Kava differently following their distinct physiological patterns of drug response.

Some would need more Kava to feel the effects, while some would achieve maximum outcomes in lower doses. It is thus advised to take smaller doses initially and then gradually increase the dose until you ultimately experience the anticipated impact.

4) Makes You Feel Relaxed, But Not Befuddling

Though the psychoactive effects of Kava might take time to show up, once kicked-in, it spurs up relaxation and a feeling of contentment.

Unlike other anti-anxiety drugs, it does not befuddle the thought process and makes one high. It instead encourages clear-mindedness and neatens logical imaginations, persuading rational thinking.

The above-stated reason is one of the many reasons why it has long been used in the treatment of drug addiction and why it is called an “anti-craving agent.”

5) Makes You Go Euphoric or Sociable

The effects of kava drink appear to vary person to person, and it can make one go euphoric or highly sociable upon consumption. Some people name this euphoric feeling as being high on Kava.

The peculiar intensity of Kava high depends on specific kava type as well as the user’s body mass index.

Water to kava ratio can always be altered to experience the more or less strong buzz. More the Kava to water ratio, stronger buzz the person will feel.

New kava drinkers might experience an intense sense of relaxation followed by a peaceful sleep.

Kavalactones in Kava bind to the same receptors that many anti-anxiety drugs bind to; thus, its ingestion induces sleep.

Many first time users attested that they experienced a deeper, more restful and sound sleep than they used to get after drinking alcohol or taking other anxiolytics.

Studies on quality of sleep after kava consumption are evident that Kava promotes calm sleep and helps treat insomnia.

7) Do Not Believe The Myths

Non-kava drinkers often get trapped into a few widespread myths related to Kava; one of them is that it is intoxicating.

The myth came into existence when a naturalist Johanne Forster gave this plant its botanical name Piper methysticum; where methysticum in Greek, means intoxicating.

Also, the striking resemblance of Kava’s psychoactive effects to that of alcohol, made people assume that Kava would possess the same hazardous effects as alcohol which is not valid.

Soporific nature of Kava is not associated with hypnotism, and people do not just fell asleep right after the consumption. Kava’s effects are subtle and gentle; it helps you sleep better.

Newbies often question about Kava being addictive and causing dependency. Researchers are consistent with the fact that Kava is not habit-forming and is preferably used for the treatment of drug addictions.

Liver damage caused by Kava is another exaggerated narrative we get to hear now and then.

Many cases of Kava induced liver damaged have been reported, but researchers could not find any liver-damaging potential in Kava products extracted from the plant roots.

First-timers are advised to make sure that the Kava in their drink is derived from plant roots and not the stem and leaves, before consuming to avoid the risk.

Kava may often cause serious side effects, despite being helpful in various health-related concerns.

Just like the benefits, side effects of Kava also vary depending on its potency and health, weight, and size of the consumer.

Outcomes may also differ based on the type of solvent used for kava preparations.

Researchers suggest that drinks made with alcoholic solvents like acetone or ethanol may produce severe toxicity while those prepared with water are safe to consume.

People may present with complains of scaly skin rashes subsequent to the consumption of piper methysticum, possibly because of niacin deficiency.

Kava induced dermopathy causes the skin to become dry and peeling and is believed to occur because of kavalactones’ interference with cholesterol metabolism. It can be distinguished by irritation of eyes and Icthyotic skin.

However, this side effect only occurs with more substantial doses of kava kava. The recommended dose of Kava is maximum 250mg per day, anything more than that can lead to liver diseases or skin disease like dermopathy.

First-timers should take keep these few tips and facts in mind before consuming kava kava.

Piper methysticum won recognition as a ceremonial and recreational drink of pacific islanders, and present-day researches have proved its pronounced medicinal benefits. Where it has so many health benefits, we encountered few pitfalls too.

Kava has long been studied for its risk vs. benefit ratio and WHO concludes that risks associated with kava consumption are not yet proved, and more research has to be conducted on liver damage induced by kava kava.

Taking into consideration all the facts as mentioned earlier one may want to experience the delight of freeing themselves from addictive drugs and problematic health conditions by using kava drink instead.

Although kava drink is a safer alternative to many anxiolytics, anesthetics, and sleep-inducing medicines, the precautions, as mentioned earlier, should be taken care of while consuming Kava for the first time.

Kava is cumulative, and you will feel more of its effect with every other consumption. The more you take it, the more you get acquainted with its serenity.

CBD Dosage – How Much CBD Should I Use?