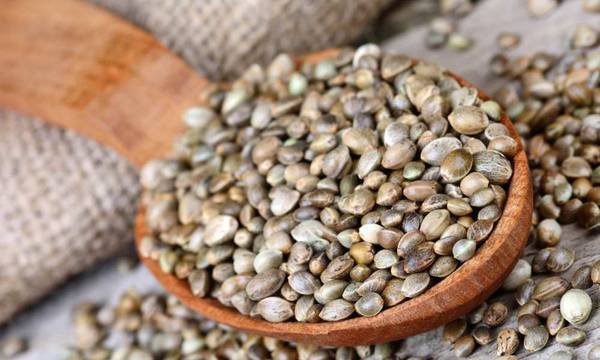 In recent years, the number of variants currently on the market has skyrocketed. The majority of cultivators appear to be interested in the newly emerged Autoflowers. Autoflowering genetics are a godsend for many newcomers to the cannabis industry since they provide faster yields and are simple to grow. One of the main advantages of auto-flowering seeds is that they come in various flavors, including high THC, high CBD.

The autoflowering cannabis seeds are created by crossing a Sativa or Indica plant with a Ruderalis plant. The presence of ruderalis genetics is responsible for the autoflowering seeds distinct properties. Because the Ruderalis plant is native to cooler climates than the Sativa and Indica plants, it takes less time to flower. After around two to three weeks, the plant begins to bloom on its own.

One of the most important benefits of autoflowering seeds is that they grow faster than other CBD seeds. The time it takes for autoflowering variants of CBD to fully mature is nearly identical to the time it takes many photoperiod breeds to flower. They generally require seven to 10 weeks to mature.

It is easier to develop autoflowering seeds since they have ruderalis DNA. Plants are more robust and can naturally withstand colder climates. Ruderalis have evolved to thrive in harsh environments, and autoflowering hybrids acquire this trait due to cross-breeding with Ruderalis. They are also resistant to a wide range of illnesses. You will have less stress when growing, which is especially helpful for beginner growers who want to put their skills to the test and learn the ropes before going on to more difficult strains.

Autoflowering varieties rarely exceed 1.2m in height, which is a significant advantage for both indoor and outdoor growers. An autoflowering seeds can be the answer if you’re growing plants indoors and only have a limited quantity of space or height. Autoflowering genetics are also a wonderful alternative if you’re growing outside and want a subtle, well-hidden crop. They can be cultivated on balconies and in gardens alongside other plants due to their modest size.

Autoflowering seeds flourish on soil that is deficient in nutrients. Because of their rapid development and small size, they don’t demand much manure. Another aspect of auto flowers’ hardiness is that they aren’t as famished as their photoperiod siblings. Autoflowers can get by with the bare essentials, while photoperiod strains need a complicated feeding plan that varies throughout the growing period.

In addition to what we have already discussed, a faster yield means you can pack more harvests into a single season. You can only finish one harvest per season in natural conditions. However, autoflowering genetics allow for multiple harvests, which equates to two harvests every season in most climates. This is especially relevant if you grew up in a climate with short and cold summers. Instead of September or possibly late October, the plants will be finished in mid-July.

A Higher percentage of CBD

If we compare auto-flowering CBD strains with photoperiod strains, we will get this clear idea that auto-flowering strains contain a higher percentage of CBD.  The requirement of THC and CBD varies from person to person; some may like more CBD content while others would prefer a higher percentage of THC. Whatever the case is, strains with higher levels of CBD have numerous benefits to offer while keeping that “high” caused by THC at bay.

Unlike other varieties of cannabis seeds, auto-flowering seeds do not depend upon sunlight. Their growth continues, and that too in a smoother way. The only factor that would directly impact its growth is the age of the seed. These seeds are the ultimate and best sources if you want to grow cannabis indoors since they do not require any photoperiod. For this reason, numerous beginners have given a shot to auto-flowering cannabis seeds and successfully made their precious first harvest.

You get leaves with higher potency levels

Previously, seasoned growers didn’t give a shot to auto-flowering species because they had this belief that this variety comes up with lower potency levels. Now, you would find every other cannabis grower preferring auto-flowering seeds as there are several options available with varying THC content and CBD strength. Do you know the Strawberry Pie Auto, Gelato Auto, and Gorilla Cookies are some of the potent cannabis varieties containing 26%-27% of THC? Yes, folks! So why not try auto-flowering seeds and make planting cannabis entirely hassle-free.

Whether you want to use cannabis for recreational use or want to generate more sales through commercial use, auto-flowering seeds would be your best bet. These cannabis species have availability of numerous strains, and you get a wide variety to choose from. Whether you are a fan of White-Widow or Northern-Lights, these species have covered you. You can buy auto-flowering cannabis seeds online and at various stores near you.

The demand for adaptable and hardy plants has become a grave issue as more people cultivate, use, and sell cannabis. Autoflowering seeds have experienced a spike in popularity in this area. Because of the inherent advantages of autoflower strains, people from many walks of life have been able to generate vast amounts of Cannabis with little work. They also have a simple lighting regimen and are more resilient to temperature variations, parasites, and pathogens, making them an excellent choice for beginners to grow.

CBD Oil: An Emerging Trend in Canada And Legal Aspects

Where To Buy Kratom Near Me For Sale?