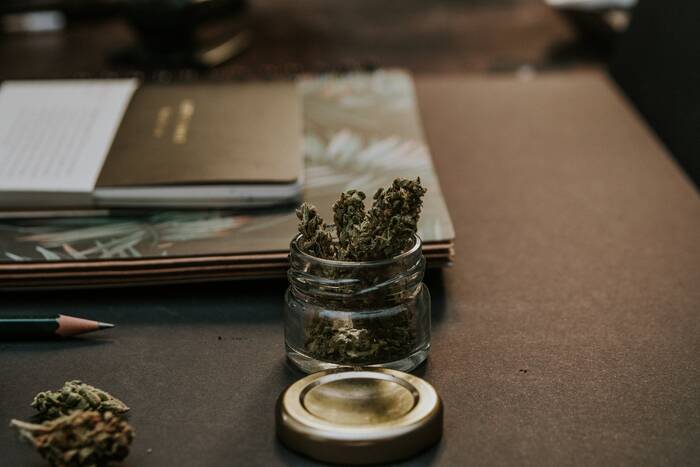 Home cultivation is becoming more and more popular as first one state, and then another relaxes its laws in relation to cannabis. Suddenly, potheads across the nation are acquiring decidedly green thumbs. As they try to outdo one another in attempting to grow the most potent weed possible, they are becoming experts in everything from humidity levels to soil nutrition to the benefits of LED grow lights.

Cannabis cultivation can send growers down a road where they find themselves talking about smooth bouquets, pine undertones, and all the rest. At heart, though, the strength and potency matter most, and we tend to become big kids when growing our plants. More than anything, we want to create a crop so strong it will blow our friends and us right out of our socks and leave us locked to the sofa in a state of hopeless mirth for hours.

This doesn’t happen by accident, and there are a whole host of factors that contribute to the strength of your plants. Here are our insider tips for growing a harvest with maximum oomph.

Any good student who has done their research on cannabis before growing it will know that there are more than 100 different cannabinoids present in a cannabis plant. In fact, there are probably more than 400. People often quote a number close to 113, but these are just the ones that have been identified so far.

In other words, there is still more that we don’t know about cannabis than that we do know. But one thing that we can be clear about is that of all those cannabinoids; six are present in far higher concentrations than the rest. Scientists can drill ever deeper into finding trace amounts of more and more cannabinoids, but for practical purposes, we only need to think about THC, CBD, CBC, CBGA, CBN, and THCV.

Next, the question of which of these cannabinoids get you high. Most people know that THC has a psychoactive effect and CBD doesn’t. But what about the rest? Without wishing to get too bogged down in the science, it is worth knowing a little bit about what psychoactive means.

How do Cannabinoids get you high?

Here’s where you can impress your friends with your advanced-level knowledge of psychotropics. Cannabinoids interact with the endocannabinoid system. This is how they work their magic. However, the nature of that magic can take many different forms. CBD products have a long list of claimed benefits, from pain relief to reducing inflammation to improving concentration. Likewise, there are effects from medicinal weed that go beyond giving patients the giggles.

It all comes down to how these cannabinoids interact with receptors in the human body’s endocannabinoid system. There are many receptors, and they are all associated with different psychological and physiological responses. But what interests us here are the cannabinoids that bind to the CB-1 receptor. You can think of this as it “pressing the receptor’s button.”

When the CB-1 receptor is activated, it triggers many central nervous system changes and dopamine release. The net result is an elevated mood, increased appetite, and some effect on motor skills. In other words, you get as high as a kite. But only certain cannabinoids are capable of pressing this CB-1 button. THC, THCV, and CBN are all believed to do so. CBG interacts with the CB-1 receptor to a limited extent, while CBC and CBD are completely non-psychotropic.

In fact, there is a school of thought that CBD can counteract the effects of THC, effectively dialing down the CB-1 receptor. This is why some people suggest taking a high-CBD strain to help you “come down” or to relieve extreme cases of couch lock.

Now that we have a clearer picture of what we mean by getting high and how weed makes it happen, we can return to our original question. How can you cultivate a crop that will hammer away at that CB-1 button?

The potency of your crop comes down to a combination of nature and nurture. Where the former is concerned, it is all about your choice of seeds. We now know what you need, and choosing a strain with higher THC, THCV and CBN will set you off on the right path. However, there are other considerations too.

First and foremost, only buy feminized cannabis seeds, as feminized, produce smokable buds. Then consider strains that are within your capabilities. White Widow, Royal Cheese, OG Kush, and Bruce Banner are all examples of strains that pack a punch but are simple to grow. It is better to choose these than some exotic strain with even higher THC and THCV that needs close monitoring and expert growing skills to thrive.

Let there be more light

As well as being an early Pink Floyd stoner classic, Let There Be More Light is a great motto for growers wanting to deliver a potent yield. There is a basic axiom that most growers have hammered into them from the moment they start, which states that plants should get 18 hours of light to six hours dark during the vegetative stage and a 12/12 mix during flowering. But that is only half the story.

Quality is just as important as quantity here, so the message is not to compromise on your lamps if you’re not prepared to compromise on potency. Putting stronger lights make more potent weed. For the best results, invest in some good quality HID lamps – they leave standard fluorescents in the shade.

Feed your plants to make them strong

Another vital part of the nurturing process is what you feed to your babies. The nutritional demands of cannabis change during its growth, so you have to be on the ball. Nitrogen, phosphorus, and potassium are vital during the vegetative stage, but you should then be ready to dial down the nitrogen during flowering.

Other essential nutrients include calcium, sulfur, zinc, iron, and magnesium. However, don’t be tempted to use one of those grow-bags that your mother uses for her tomato plants, as they will not release the right nutrients at the optimum times. If you want to reap the rewards, you will have to put in the hard yards, regularly monitoring and tweaking the soil’s nutrient quality. Get it right, and it will be worth it.

Harvest at the right moment

Finally, the make-or-break decision. Get the harvesting right, and you bring everything together. Mess it up, and all your hard work to date goes out of the window. Cultivation 101 states that you should harvest Indica about eight weeks after flowering begins and that Sativa strains take a couple of weeks longer.

That’s fine as a ballpark so that you know when to be prepared to harvest. Getting it just right, however, is all about using your senses and intuition. When the buds are sticky, the smell is strong, and the leaves are just starting to take on a hint of yellow, it is time to act.

Creating a cannabis plant for the ages sounds like a lot of work when you read through everything we have just been through. But all it comes down to is being attentive throughout the growing process and making the right calls at every stage, from purchasing your seeds to cultivating the crop. Take a step by step approach and don’t be distracted – the result will be worth it!

Should You Consume CBD Oil On An Empty Stomach?

Hemp vs Weed: The Truth About These Two Cannabis Plants